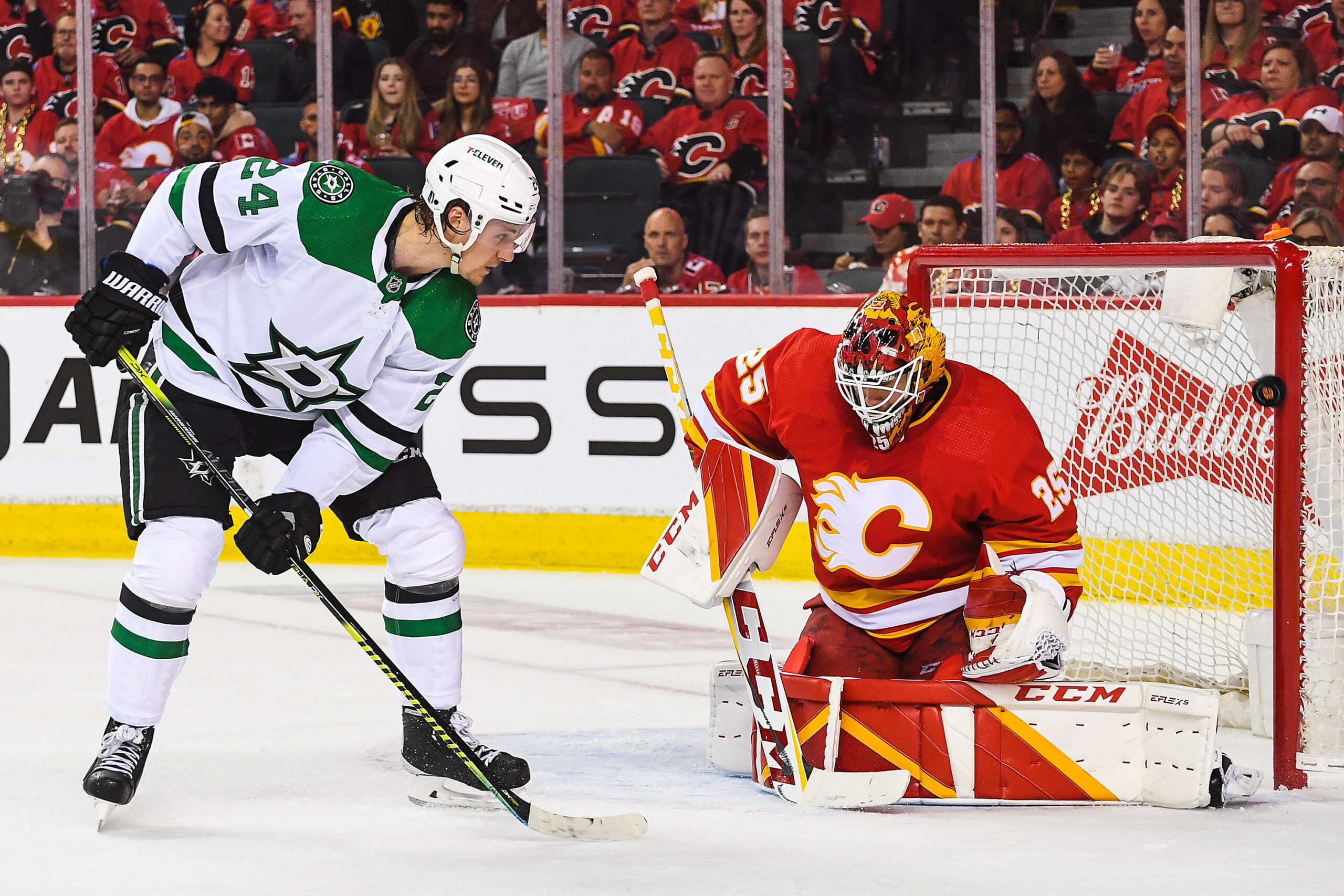 The Dallas Stars lost 3-1 to the Calgary Flames in game 5 of the first-round series. The Flames now lead the series 3-2 as it heads back to Dallas.

Stars Offense Has Left the Building

The Stars are in serious trouble. Not only are they on the brink of elimination in a 3-2 series heading into Game 6 but they have completely lost their offense throughout this entire postseason. Through five games, the Stars have scored 0-1 goals in four of them, excluding an empty-net goal in Game 2. They have scored zero, one, three, one, and one. That is nowhere near good enough to win in the playoffs and they are probably lucky to even have two wins in the series.

Related: 3 Reasons the Dallas Stars Made the Stanley Cup Playoffs

The Stars finished the night with only 21 shots, despite three power-play chances. After going 0-3 on Wednesday, Dallas is now 2-20 (10%) with the man advantage in the series. To put that into perspective, that would rank them dead last in the league during the regular season. After sitting in the top 10 for most of the year and scoring seemingly every game, this issue remains a mystery.

The Stars were in control of this game through two periods. They had a 1-0 lead and were completely smothering the Flames attack, playing Dallas Stars hockey. The third period began the same way and all looked well until the Flames started opening up a bit and creating a little more offense. Then, at the 6:49 mark, Mikael Backlund got Calgary on the board, ending a home shutout streak that had been on them since the first period of Game 1. Just minutes later, Andrew Mangiapane ripped a wrister past Jake Oettinger after a poor play in the neutral zone by Dallas and the Flames had a 2-1 lead that they would not relinquish.

Other than a broken play in front of the Flames net, the Stars did not threaten to tie the game. They looked like the sloppy version of themselves that lacked intensity in Game 4 and Calgary easily halted their efforts before eventually slamming the door shut with an empty-net goal. Like in Game 4, the Stars collapsed in the third period, and now those collapses have put them within one loss of the end of their season.

“We have to find a way to play 60 minutes the way we have been playing 40 minutes,” Roope Hintz said.

The Stars are a very calm team, or at least on the surface. They do not panic when things go wrong and they are normally very good at responding to adversity. That is exactly what they will need to do on Friday if they want to keep their season alive and give themselves a chance at a Game 7.

“We’re going to look at some stuff from this game, get ready for the next game, and it’s not over yet,” Hintz said.”

The Stars are 1-1 at home and 1-2 on the road in the series. In order for them to move on to the next round, they will need to win back-to-back games for the second time, and scoring more than one goal is likely the first step to doing just that. They have trailed in series before and come back to win them, but trailing 2-1 is a different animal than 3-2. In the history of the NHL, only 20% of teams trailing heading into Game 6 win the series. Can the Stars defy the odds once again and put the pressure on the Flames in Alberta? First, they need to win Game 6 at home and that is exactly where their focus lies.

“We’ve got to win one game,” Bowness said. “We will reboot it and reset it for Friday night.”

7 takeaways from a weekend full of Game 7s
Admirals outlast Moose, advance with Game 5 win
Gaudreau’s heroic OT winner lifts Flames past Stars in thrilling Game 7, move on to 2nd round
Despite playoff demons, Maple Leafs confident ahead of Game 7 against Lightning
Dave Poulin: Game 7 is the toughest challenge for an NHL player, in a good way