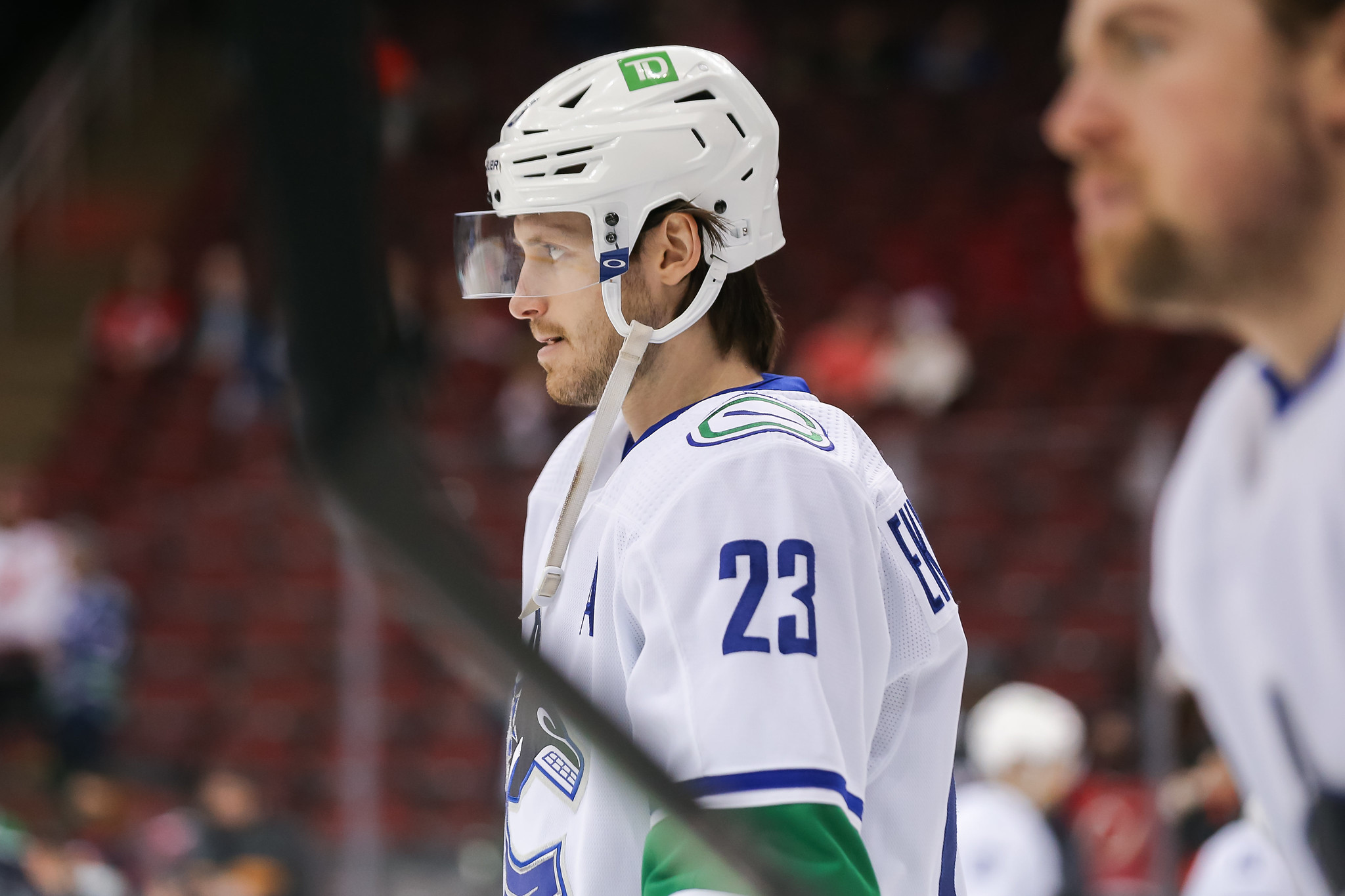 In today’s NHL rumors rundown, there is talk that as part of the Vancouver Canucks mission to move money, Oliver Ekman-Larsson might be a trade candidate. How realistic is it that he could be moved?

Meanwhile, Filip Forsberg spoke to the media about his negotiations with the Nashville Predators. The Anaheim Ducks might consider a Max Comtois trade but does he want to leave? Finally, the Hart Trophy Finalists were named.

Could Canucks Try to Trade Ekman-Larsson?

In trying to clarify comments made by Jeff Marek on the idea that the Canucks would use an offer sheet to improve their team, Sportsnet’s Elliotte Friedman hinted that the team could attempt to trade defenseman Oliver Ekman-Larsson to free up the money that would need to go with such a move.

Speaking with Don Taylor and Rick Dhaliwal on CHEK TV, Friedman said he expects the Canucks to try to be aggressive this offseason, and suggests they will look around to see if there’s a market for the 30-year-old defenseman. He said, “I don’t know if the OEL thing is going to work… but I do think the Canucks are trying to see if there’s anything they could potentially do there.”

Related: Should the Montreal Canadiens Trade the First-Overall Pick?

The issue for the Canucks is that OEL has a no-move clause in his contract and it was a chore just to get him to Vancouver in the first place. He had the Canucks and Bruins on a limited shortlist when he was moved by the Coyotes and that deal failed in the first offseason it was attempted. If he doesn’t want to go anywhere, he won’t be going anywhere. Not only that, but he has five years left on a contract that costs the Canucks $7.26 million annually against the salary cap. Not a lot of teams are going to want to take that on.

Forsberg Talks About Wanting to Stay With Predators

As per John Glennon of NHL.com, Filip Forsberg says he isn’t looking to leave the Predators and the pending UFA hopes to sign an extension with the team and be back next season. Forsberg noted, “I’ve said that since Day One: The goal is to come back here,” He admitted the business side is not the same as the on-ice side and it’s a matter of waiting at this point.

When asked specifically where things are at, he responded:

“I don’t want to give you guys too much information on the negotiations and stuff. But … there was progress all the way up until the Trade Deadline, and after that, the teams were set and obviously nothing was going to happen at that point. We just focused on playing well for the rest of the season and playing well in the playoffs. I’m sure the talks will start progressing again and we’ll see what happens.”

As per The Athletic’s Eric Stephens, Max Comtois’ name has come up in trade rumors out of Anaheim. His disappointing 2021-22 season has some people wondering if the 23-year-old winger could use a change of scenery. When he was asked if he thought he might need to move on, Comtois responded:

“The grass is never greener elsewhere. It’s up to them. I don’t really have a say in that. I don’t have a (no-movement) clause. But I want to be here. I like this team. I like the lifestyle I have here. I know what I can bring to this team to make it successful that other guys on this team don’t have. For me, that’s a thing that’s important to me.”

There was plenty of debate about who should be considered, but Auston Matthews, Connor McDavid, and Igor Shesterkin are the three finalists for the 2021-22 Hart Memorial Trophy. The trophy is awarded “to the player adjudged to be the most valuable to his team,” and there are people on all sides arguing reasons for each.

There is, of course, chatter about who was left off the list. After an 85-assist, 115-point season, Jonathan Huberdeau was not a Hart Trophy finalist. Calgary Flames forward Johnny Gaudreau was also not included after scoring 40 goals and having 115 points.

The debate seems to be down to whether a 60-goal season by Matthews or a 123-point season by McDavid is more impressive.