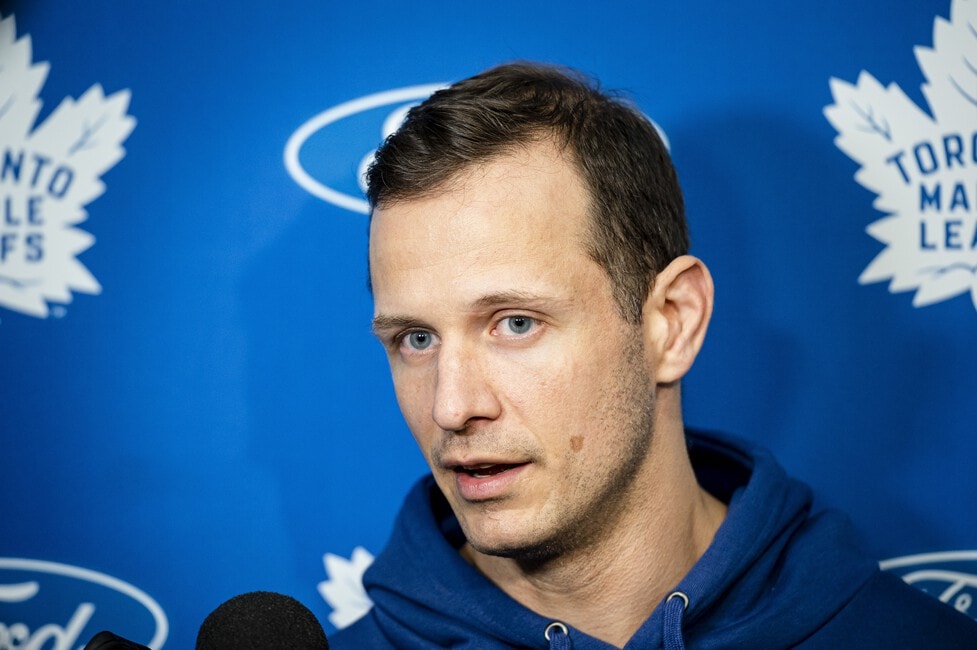 A number of kids who grew up local to Canada’s capital city have something of a shared memory. Maybe a Friday or a Saturday night, just shortly after 10:00PM. Their favourite team, the Ottawa Senators just won. Pizza coupon in hand, they were whisked by their parents through the snaking parking lots in Kanata. The car buzzed away, slow to start in the frigid December night. But there was no amount of sleep or warmth that would rival the feeling of what was just witnessed. An offensive onslaught of fast, physical hockey, propelled by the top line. Jason Spezza may retire as a Toronto Maple Leaf, but he forever remains a Senators’ legend.

That top line, often referred to as the “Pizza Line” or the “CASH Line” featured Daniel Alfredsson, Dany Heatley, and of course Spezza. Alfredsson could make incredible plays, with a pass-first mentality. Heatley could consistently find the back of the net. But Spezza did both, and he did it while commanding the faceoff circle and playing a hard-nosed forecheck game. They came about the nickname of the Pizza Line during an otherwise simple promotion. The Senators score five goals and come away with a win and the fans are treated to some free pizza. An effective nickname, perhaps overly so, as the promotion eventually increased to the team needing six goals.

Where his two teammates seemed almost larger than life, Spezza was relatable ⁠— seemingly just a happy Canadian kid who found his way to the NHL, playing the game the same way most kids were being taught during the height of his career. It wasn’t about blinding speed, or incredible dekes. He appeared to score through work ethic alone. Sure, he was quick and he had deft hands at times, most notably with the “Spezza Move” in October of 2005, but his game went beyond that. He was a superstar without being a superstar. He was routinely called upon to be the voice of the team with the intermission interviews or post-game pressers. After even the toughest losses, he would find something to smile about and bust out that trademark laugh.

Spezza would cement himself as part of the Senators’ legacy in Ottawa with a run to the Stanley Cup Final in 2007. Their opposition, the Anaheim Ducks, boasted an incredible defensive pair in Chris Pronger and Scott Neidermeyer and were able to slow down the Pizza Line with a resulting heartbreaking loss. His on-ice play secured him a spot in the lore of famed Senators, and his offensive contributions helped Alfie become the monolith of a man that he is. Even after the famed line was broken up, Spezza continued to help the Senators acquire some historic wins. Despite a career that was hampered by unfortunate injuries, he ended his time with the team with 686 games played and 687 points. However, his play was only just a part of his mythology.

Spezza Worked Hard Off the Ice, Too

Off the ice, Spezza worked to be a pillar of the community. A fan favourite on the ice, he endeavored to be a meaningful part of the Ottawa citizenry. While he would regularly make charitable contributions, he was most known for his “Spelling with Spezza” program. He would frequently visit local classrooms to promote the program, working to highlight the importance of spelling and literacy. He incentivized and energized under-privileged children to boost their education by providing students who achieved success the opportunity to attend games through free tickets.

It’s often said that the late Eugene Melnyk saved hockey in Ottawa. While that’s true in the fiscal sense, it was players like Alfredsson and Spezza who endeared the team to the community. Their outreach and play was paramount to the team finding continued success in the city. Despite being the face of 2007’s NHL 2K8 video game, the larger-than-life posters at the (at the time) Corel Center, and being one of the league leaders in scoring, Spezza was always just another Canadian kid. Handling post-game interviews and pressers with a smile and good sense of humour, he would routinely be seen as a kind person, who played the game “the right way.”

Spezza was a noted talent on the ice, but the way he was able to ingratiate himself into local communities is the real story. He was able to become a fan favourite in Toronto, with this leading up to his big moment where he reportedly took over the locker room to settle down the Maple Leafs. A market ready to scream for a trade based on one bad game fell in love with the now grizzled, veteran Spezza. Slower, less accurate, but still that same loveable guy. One thing is perfectly clear, whether on or off the ice, Spezza was a player for the people around him.

Devin resides in Ontario, covering the Ottawa Senators for The Hockey Writers. He’s interested in where the eye test intersects with advanced stats and is on a quest to make a formula to determine who really is the best overall defenseman.