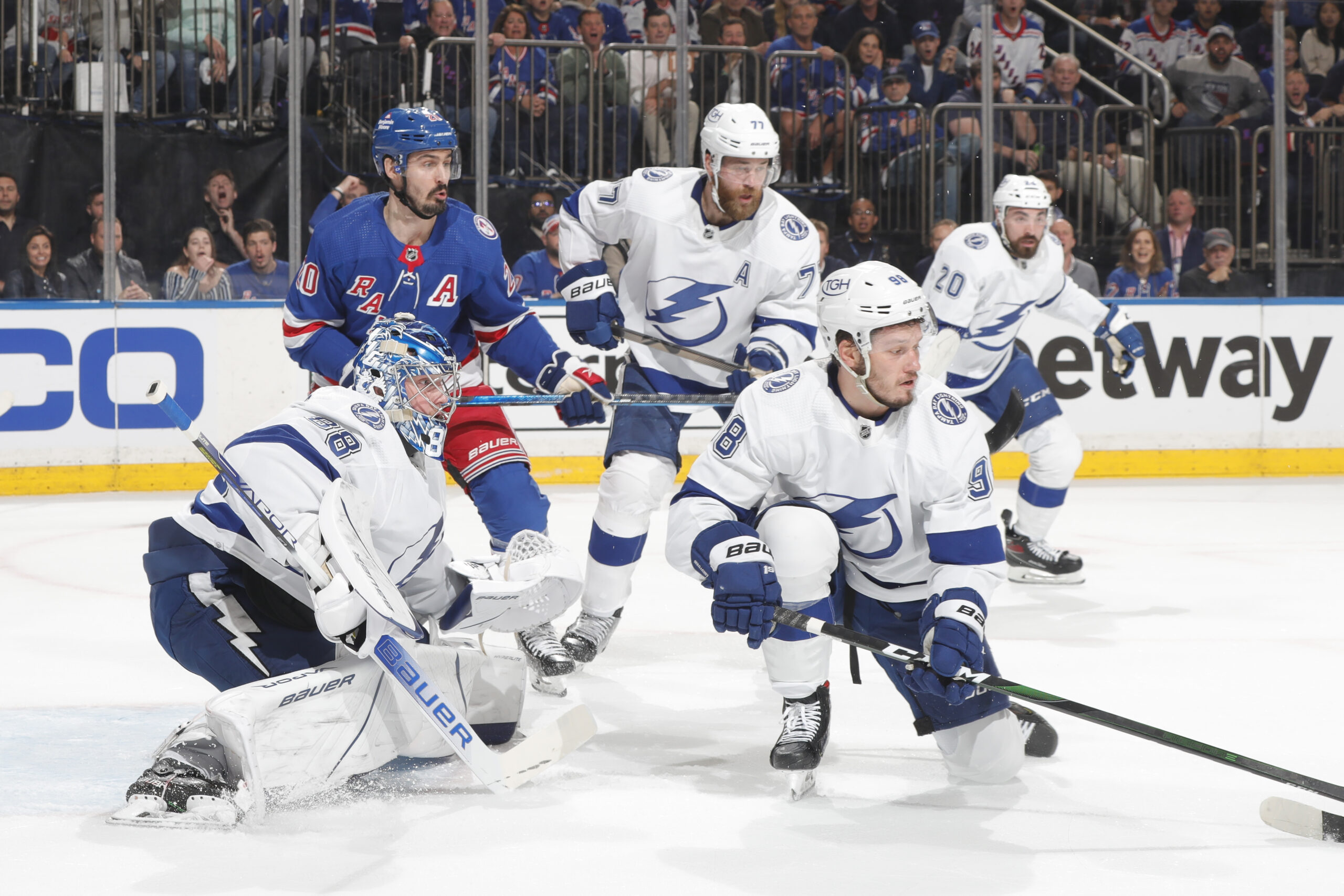 Whether or not the Tampa Bay Lightning move on for a chance at a third straight Stanley Cup, Sunday’s dramatic victory is just one more example of a team that showed a lot of resiliency this season. For a great deal of the 2021-22 regular season and the playoffs, there was doubt that this team could achieve the three-peat. They were too old, too tired, other teams had gotten better and a few other reasons why this team would not succeed. While all of this may be true, the one truth that cannot be denied is that this edition of the Lightning will not give up easily.

The Lightning’s current opponent, the New York Rangers, have adopted the motto #NoQuitinNY as they have bounced back to win their previous two series after being behind in both. With all due respect to the Rangers and their fanbase, the Lightning have just as much if not more “no quit” in them.

In early April, the Lightning had just lost their fourth game in a row, courtesy of the Boston Bruins. This was also a period of time when the team had a 9-9-2 record in their last 20 games, bringing up the whispers of whether this team could make a deep run in the playoffs. During that stretch, they had just three wins against teams with a .500 or better point percentage and only one win against a team that was currently in a playoff spot. In something that is now becoming a trademark for this team, they bounced back to not only qualify for the playoffs but also make a deep run to date. This is not new for a lot of teams, especially Jon Cooper-coached teams, to struggle at points during a long regular season. But it is how they refuse to quit that has been the trademark.

Around the same time last season, the Lightning lost five out of eight of their previous games and ended the regular season with three straight losses. They then turned it around in the playoffs and everyone knows how that turned out. They also struggled at the end of the 2020 regular season, but the pandemic forced a four-month layoff before they went and won the Cup in the bubble. The Lightning’s management has put together a coaching staff with players that have a culture that allows them to successfully navigate through the highs and lows of the regular season and the playoffs. In Cooper, they have a coach that has leadership and good communication skills, which is essential in allowing teams to get through difficult stretches.

The Lightning’s Game 6 victory over the Toronto Maple Leafs is another example of how this team can bounce back within a game and a playoff series. After erasing a two-goal deficit with three quick goals in the second period, the Maple Leafs entered the third period clinging to a one-goal lead. It looked like they had complete control of the game and were ready to exercise their own demons and finish off the series. However, two unfortunate penalties gave the Lightning an extended 5-on-3 advantage with their season on the line. They did not waste this opportunity as Nikita Kucherov scored to tie the game and send it to overtime before Brayden Point slammed home the game-winner.

After the Game 6 win, Steven Stamkos explained how and why a team like the Lightning are able to face adversity and overcome it. “There’s moments that it’s easy to say, ‘It’s too hard.’ But it’s the teams that can go past that, and maybe even surprise themselves a little bit, that get to the end.” They certainly did that in Game 6 and also in Game 7 by defeating the Maple Leafs in their own barn to win the series.

Down But Not Out in the Rangers Series

Ondrej Palat’s winner with less than a minute to play gave the Lightning a desperately needed win, as they looked like for most of the game that they were about to go down 3-0. But as one friend texted me, the Lightning are like the professional wrestler ‘The Undertaker’. If you are not familiar with professional wrestling, The Undertaker is a retired wrestler who had a gimmick in which when he was flat on his back and appeared to be defeated, he would all of a sudden sit up and “return to life”. This usually resulted in him winning the match. The Lightning have certainly done their best Undertaker imitation throughout this season.

What the Lightning have gone through in the past couple of years has helped them out in the playoffs, something that Cooper acknowledged in his postgame comments. “I think maybe three, four years ago, maybe panic would have set in at some point. Definitely not with this group,” Cooper said. “No question being here before helped us just with our mindset.” Former Houston Rockets coach Rudy Tomjanovich was credited for a famous line upon winning the 1995 NBA title: “Don’t ever underestimate the heart of a champion.” It may be a bit of an overused cliche, but in the case of this year’s Lightning team, it is something that accurately describes the back-to-back Stanley Cup Champions.

Related: 3 Lightning Who Need to Step Up for the Rest of the Playoffs

In what may have been a wink and a nod to the Rangers, Stamkos told reporters after the game “There’s no quit in our group.” The Rangers still may win this series as they still look like the faster and stronger team. But there is no doubt that the Lightning will still find a way to make sure that if they do prevail, they are going to have to earn every inch of it because this team will not quit either.