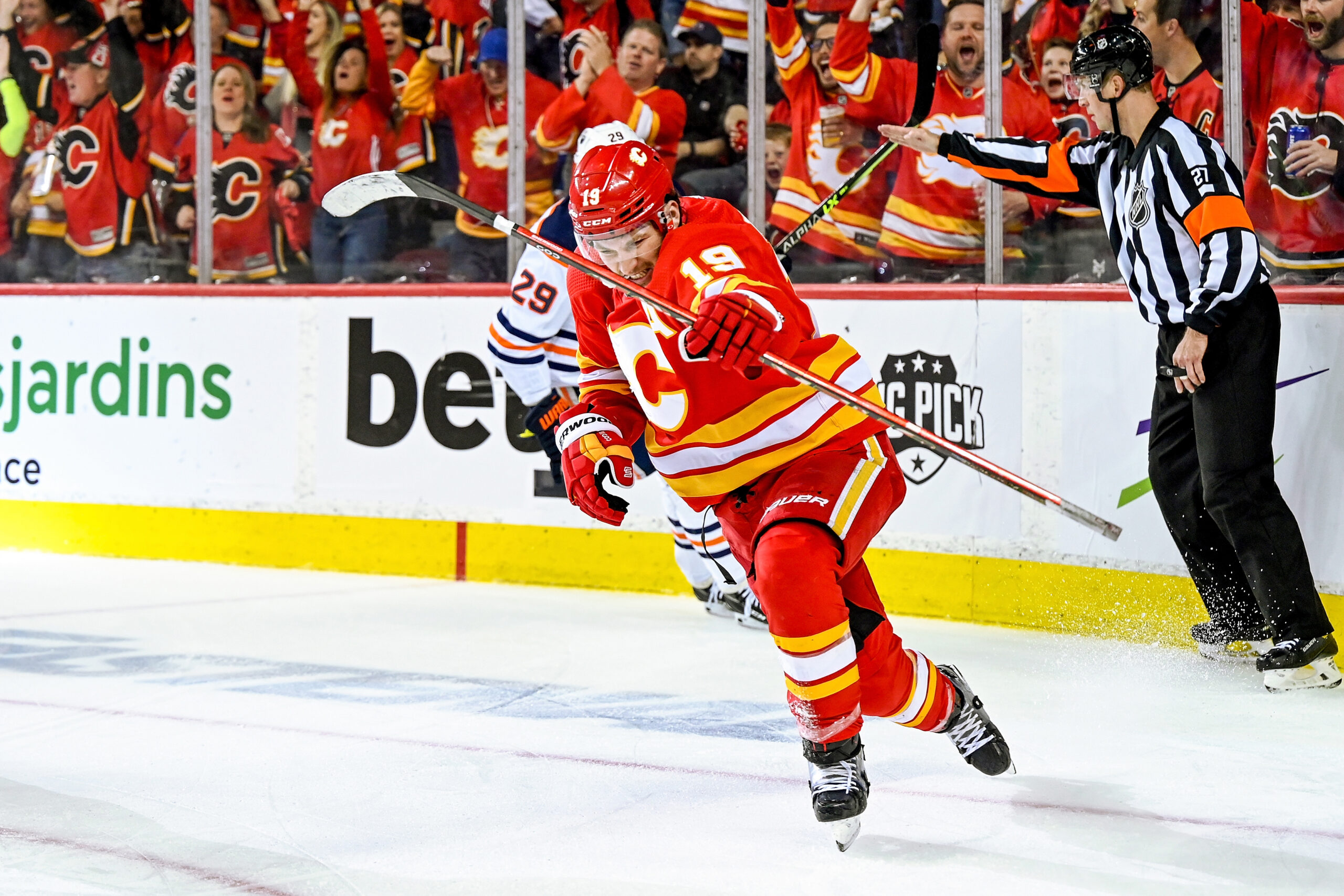 After their second-round loss to the Edmonton Oilers, now is the time for the Calgary Flames to reflect on a very impressive 2021-22 regular season. Despite the disappointing end, the team ran away with the Pacific Division in a season when many didn’t view them as a playoff caliber team.

Related: Flames: Odds That Each Pending UFA Returns for 2022-23 Season

One of many reasons for their success was the play of Matthew Tkachuk, who, after a down 2020-21 campaign (by his standards), responded with 42 goals and 104 points, both career highs. Though his somewhat disappointing playoff performance may have left a sour taste in some mouths, he was one of the league’s best players throughout the regular season.

One thing to note on these player report cards is that they focus specifically on regular-season play. Because the Flames’ playoff run lasted just 12 games, it is fairer to judge them on their 82-game sample instead. Here’s a look at Tkachuk’s outstanding season.

As mentioned, Tkachuk’s 2020-21 season was very disappointing and had many questioning whether or not he truly was a top-tier player in the NHL. His 2021-22 campaign erased any and all doubts, as he was one of eight players in the league to break the 100-point barrier.

His 104 points trailed only Johnny Gaudreau’s 115 for the team lead, while his 42 goals were tied for first alongside Elias Lindholm. Those three formed what many would argue was the best line in hockey this season, as they were great at both ends of the ice, proven by Tkachuk’s plus-57 rating.

Perhaps even more impressive is that of Tkachuk’s 104 points, 75 came at even strength. That was good for fifth in the league, trailing only Gaudreau, Connor McDavid, Auston Matthews and Kirill Kaprizov.

Continuing to Grow as a Leader

While Tkachuk’s play at both ends of the ice was impressive enough, what made his 2021-22 season even better was that he proved to the Flames organization and its fanbase that he’s becoming a great leader.

After his down 2020-21 campaign, there were rumours of a rift in the dressing room between him and some teammates, causing fans to question whether or not he has what it takes to become Calgary’s next captain. On top of that, he didn’t seem to bring the same energy level on a nightly basis that we were accustomed to seeing from him. Thankfully, it appears that this had more to do with playing in front of empty stands than anything else, as he was better than we have ever seen throughout this season.

Despite his fantastic campaign, whether or not Tkachuk has much time left as a Flame remains to be seen. The 24-year-old budding superstar has just one season remaining on a contract with a cap hit of $7 million before he becomes a restricted free agent.

Flames’ general manager Brad Treliving has adamantly stated that he hopes to sign the young forward to a long-term deal, though there have been rumours that suggest Tkachuk may not feel the same way. If that’s the case, the best decision may be to move him this offseason while his value is at its highest.

If it turns out Tkachuk does want to stay in Calgary and signs a long-term deal, his 2021-22 season should be more than enough for him to be named the next team captain. Not only did he put up offensive numbers as good as nearly everyone on the roster, but he leads by example, seemingly never taking a shift off. Regardless of his future, there is no denying how great this season was for him and has many wondering if he still has another level he can reach.