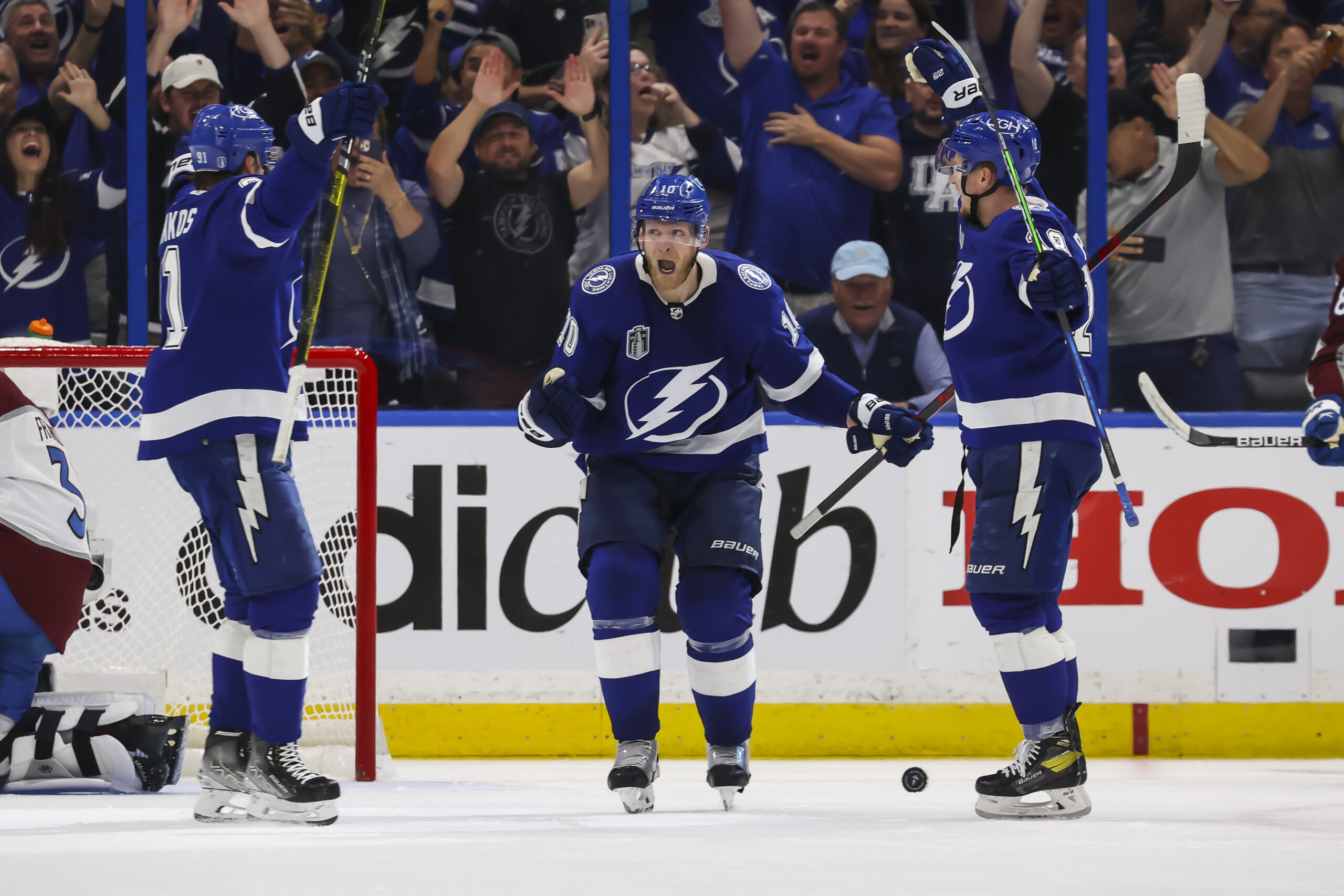 The Tampa Bay Lightning needed a spark entering Game 3 of the Stanley Cup Final down 2-0 to the Colorado Avalanche. But their resiliency, a common theme throughout their playoff run, was on display in a dominating 6-2 win on Monday night.

That effort was sorely needed after the Lightning suffered the most one-sided shutout in Stanley Cup Final history. Not only did they pull out the win, but they also handed the red-hot Avalanche their most lopsided loss of the playoffs. They had 10 different skaters hit the scoresheet, and they chased starter Darcy Kuemper and got to backup Pavel Francouz. Much of the spark for this turnaround came from three newer members of the team.

It was not so much what Paul did but how he did it. In the first period, he fell awkwardly after a shove from Josh Manson and hobbled down the tunnel. He returned at the beginning of the second period and hobbled his way through his first shift but still managed to fight through the injury to score a goal, something that head coach Jon Cooper described as “uplifting.”

Steven Stamkos talked about this effort after the game: “You can see how valuable he is for our team, and all the little things that he does, and obviously, he’s scored a couple big goals in the finals for us. Game 7 in Toronto. He’s had some great moments these playoffs.”

The Lightning acquired Paul from the Ottawa Senators in exchange for forward Mathieu Joseph and a fourth-round selection in 2024 at the trade deadline. Despite no NHL playoff experience, he has had some big moments on big stages; he scored the gold-medal-winning goal for Team Canada at last summer’s World Championships. Paul continues to provide the big moments for his team, and in 20 playoff outings, he has five goals, four assists, 40 shots on net, 49 hits, and a plus-4 rating. He’s scored in two of the last three contests.

While Maroon is not technically “new” to the Lightning, he was specifically brought in after the Lightning were swept out of the playoffs in 2019. Cooper thought they needed a little change in culture, and that is where Maroon came in, fresh off his Stanley Cup win with the St. Louis Blues. It was the veteran, stepping off the ice after serving a roughing penalty, who roofed a shot from a Nikita Kucherov feed that chased Kuemper in Game 3. This was a goal from someone who has become the heart and soul of the team. He has four tallies, two helpers, 26 shots on net, 50 hits, 32 penalty minutes, and a plus-5 rating through 20 playoff outings.

Cooper says that Maroon has that “it factor,” you just don’t know what that “it” is, and he has credited the veteran with being the force that helped push the Lightning over the top during their first Cup win in 2020. That “it” factor was the main reason the cap-strapped Lightning signed Maroon to a two-year contract extension worth an AAV of $1 million in February. It is also what he brings to the locker room. “He creates an atmosphere in that room, which was probably much needed in our group,” Cooper said. “We’ve got a lot of character in the room, but probably not a lot of characters, and he’s a character.”

Most fans don’t like Perry until he is on their team. Known as one of the league’s top agitators, it was the veteran’s grit that the Lightning were looking for when they signed him to a two-year contract back in July. It was that grit that led to the Lightning’s sixth and final goal of Game 3. It was also his pressure in the offensive zone in the opening minutes of the period that caused defenseman Josh Manson to reverse the puck back around the boards, resulting in the turnover that lead to Paul’s goal.

Perry’s goal made him the first player in NHL history to score a goal in the Stanley Cup Final for four different clubs (Anaheim Ducks, Dallas Stars, Montreal Canadiens, and Lightning). However, it is his determination that has impressed his teammates. “You saw Perry tonight. He almost took one off the face, takes it off the shoulder,” Paul said after the game. “That just shows that everyone on this team is willing to do what it takes to win.”

It was this type of effort, sorely lacking from the Lightning in the first two games, that they got from Perry and why they signed him. The Lightning will also continue to rely on him on the power play as Brayden Point is not expected to play in Game 4 on Wednesday.

Related: Lightning’s Hate to Lose Mentality Will Be Tested in the Stanley Cup Final

When the Lightning were looking for a spark, these three recent additions led the team to come out and win battles, stay on top of Colorado’s top skaters and make things difficult for them all over the ice, and Tampa Bay will look to sustain that spark for the rest of the Stanley Cup Final.