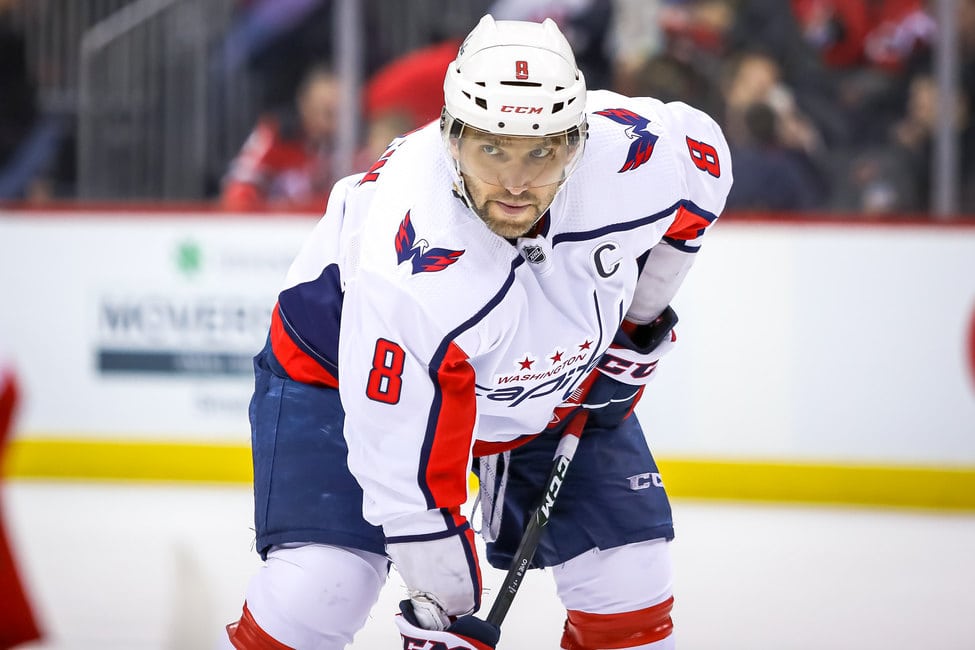 Hockey fans who were old enough probably remember where they were on Mar. 23, 1994. Wayne Gretzky, known as The Great One, took a pass from longtime teammate Marty McSorely and fired a snapshot past Kirk McLean to become the league’s all-time scorer with 802 goals.

The historical moment was Gretzky’s 13th career goal against McLean, who spent the bulk of his career as a member of the Vancouver Canucks. Gretzky finished his career with 21 goals against McLean, which isn’t the only goalie The Great One terrorized. Richard Brodeur will forever be linked with Gretzky because he surrendered the most goals, 29. During his career, which ended with 894 goals, Gretzky scored at least one goal against 156 different goalies.

For the last half-decade, many in the hockey world believed that Washington Capitals’ captain, Alexander Ovechkin, would someday break Gretzky’s goal record. He’s currently at 730 (sixth all-time), and there’s no telling what that number could be if Ovechkin hadn’t missed significant playing time due to several NHL lockouts and a global pandemic. To date, Ovechkin has scored at least one goal against 147 goalies, with future Hall of Famers Henrik Lundqvist and Marc-Andre Fleury sharing the honor of being in net for 24 of them respectively.

The jury is still out on whether The Great Eight will catch The Great One, but he recently signed a five-year contract extension, meaning he’s got more time to continue the chase. There have been hundreds of articles that go into great details about the pursuit, with the majority of them talking about Ovechkin’s pace and when the record could tumble.

(Note: The goals on the list are the player’s career goal number.)

Dunham played in the NHL for 10 seasons, appearing in 394 games and surrendering 989 goals. His career goals-against average (GAA) was 2.75 with a save percentage (SV%) of .908. He won the William M. Jennings trophy in 1997-98 while a member of the New Jersey Devils.

Dominik Hasek is one of just eight goalies in league history to win the Hart Trophy. He was a two-time Stanley Cup champion with the Detroit Red Wings and a six-time Vezina Trophy winner. The Dominator was also a six-time All-Star who played 736 games over 16 seasons, giving up 1572 goals. His career GAA was 2.20 and save% .922. Gretzky scored against one MVP (Hasek), while Ovechkin has three on his resume (Hasek, Jose Theodore, Carey Price).

Before Snow ventured into senior hockey management roles, he was a veteran of 368 games across 12 seasons with five teams. He gave up 925 goals during his career while posting a 2.81 GAA and a .901 SV%. However, many people will remember Snow for his oversized chest protectors, which led the NHL to reevaluate goalie equipment measurements in the late 1990s.

Weekes was a veteran of 11 NHL seasons with 348 games to this credit. The journeymen goalie played at least 11 games with seven franchises en route to giving up 903 goals. Despite all the movement, he had a career 2.87 GAA and .903 SV%.

Olaf Kölzig was the backbone of the Capitals for 16 seasons, leading the franchise to their first Stanley Cup Final appearance in 1998. He is a one-time Vezina winner, also winning the King Clancy Award once. Kölzig gave up 1885 goals during his 17-year career, including eight games for the Tampa Bay Lightning. He retired with a 2.71 GAA and .906 SV%.

Osgood is one of the most underrated netminders in league history. He won over 400 games (13th all-time) and has his name on the Stanley Cup three times. Osgood played 14 seasons with three teams and only had one losing season on his resume. He retired, surrendering 1768 goals while posting a 2.49 GAA and .905 SV%.

Nikolai Khabibulin was a one-time Stanley Cup winner during his 18-year career. He appeared in 899 games with four franchises, giving up 2071 goals. When Khabibulin finished his career, he had a 2.72 GAA and .907 SV%. He is the only goalie on the list to give up two goals in a game to both Gretzky and Ovechkin.

Belfour is one of the most decorated goalies on the list, winning the Stanley Cup and Calder Trophy once, the Vezina twice, and the Jennings four times. He is a member of the Hall of Fame thanks to 484 wins (5th all-time). In 17 seasons, with five teams, he gave 2317 goals to produce a 2.50 GAA and .906 SV%.

Giguere is one of just 12 goalies to win the Conn Smythe Trophy for being the MVP of the playoffs. His achievement is even more significant since he is only one of five players who won the award despite losing the series. Giguere suited up for 597 games in 16 seasons, giving up 1423 goals with five teams. His career GAA was 2.53 with a .913 SV%.

When people discuss who the greatest goalie in NHL history is, Martin Brodeur’s name is among the best. He played 22 seasons and appeared in 1266 games. The three-time Stanley Cup champion won the Calder along with four Vezinas and five Jennings Trophies. A recent inductee into the Hall of Fame (2018), Brodeur posted a career GAA of 2.24 and .912 SV%.

Burke was a member of eight teams during his 18-year career, seeing action in 820 games. He was a teammate of Gretzky in a handful of Team Canada appearances before the two worked together as executives for Hockey Canada. On top of those duties, he’s been a goalie consultant for several NHL teams. Burke surrendered 2290 goals during his career, which account for a high 2.96 GAA and low .902 SV%.

Gretzky retired in April 1999, and Ovechkin didn’t begin his career until October 2005. Despite the gap, these 11 netminders find themselves forever linked between two of the game’s greatest scorers. This list is set in stone since no goalies remain from Gretzky’s playing days. If Ovechkin manages to break the goal record and net 895, these goalies can look back at their careers and appreciate being a part of history.

Ryan Gagne is one of the newest members of The Hockey Writers, covering the New York Islanders. He grew up in a small town in northern New Hampshire, where he idolized the Boston Bruins. Before moving to Canada in 2008, he was the equipment manager for his high school varsity hockey team and a sports journalist for the local newspapers. Ryan has been active in the hockey community, whether coaching, officiating, instructing, or playing. He is the ultimate rink rat with 19 years of experience making ice and driving the Zamboni. An avid fantasy sports player, Ryan created a blog, Keeping the Stats, where he dissects his teams and brags about his 2020 fantasy football championship. Outside of hockey, his life revolves around the New York Yankees, much to his wife’s chagrin.