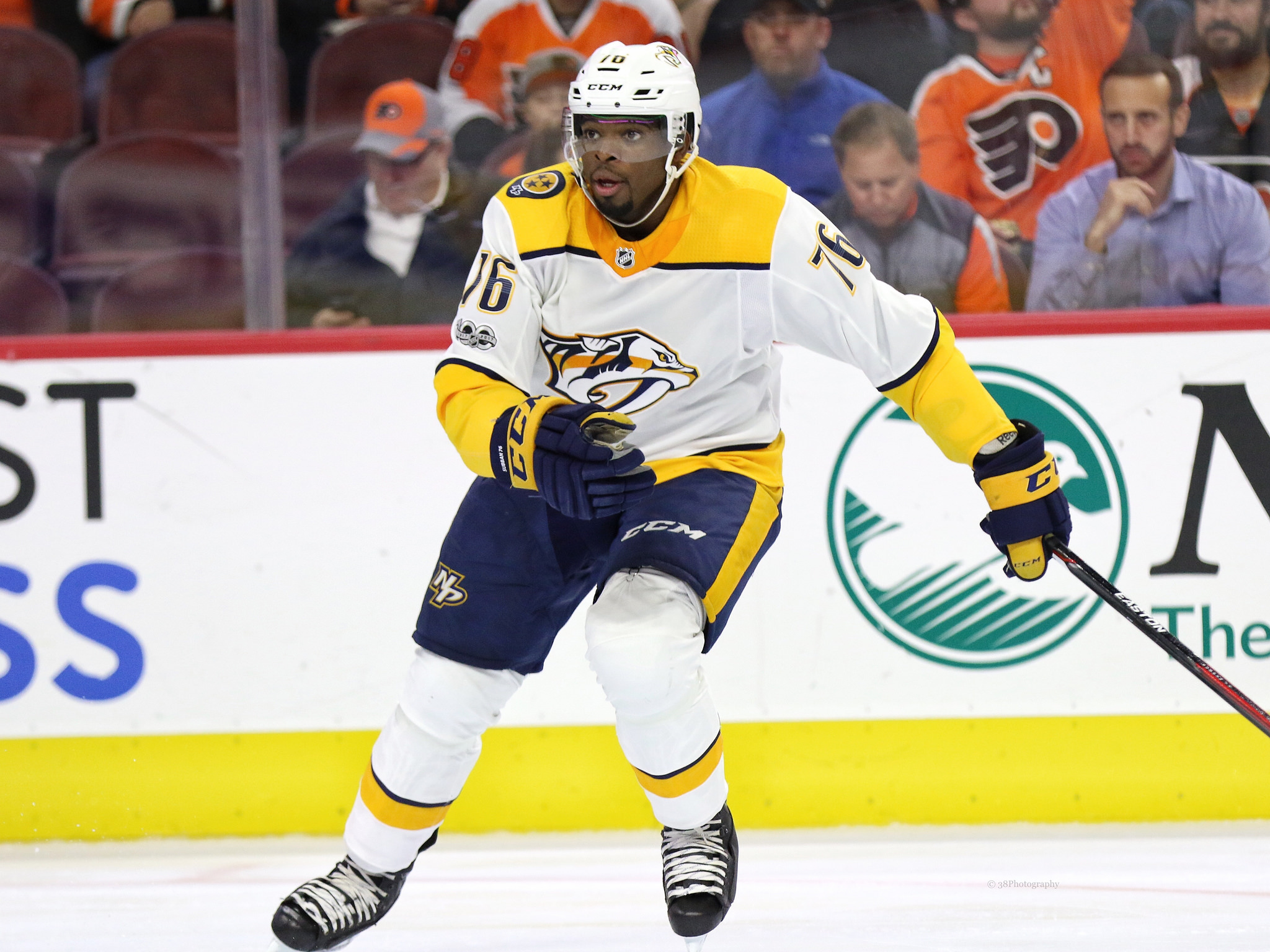 National Hockey League fans who love blockbuster trades have had plenty to be happy about on June 29 over the years. There was an action-packed day in 2016, and two Hall of Famers were traded to their hometowns in 1990. So let’s begin our daily trip back in time to enjoy all the best moments this date has to offer.

The news couldn’t break fast enough on June 29, 2016, during one of the craziest 23-minute periods in recent league history. The action started when the New Jersey Devils acquired Taylor Hall from the Edmonton Oilers for defenseman Adam Larsson.

In his second season with Devils, Hall won the Hart Trophy for being voted as the NHL’s most valuable player. He scored a career-high 39 goals and 93 points to help the Devils reach the Stanley Cup playoffs for the first time since 2012. He was traded to the Arizona Coyotes in December 2020 and had stints with the Buffalo Sabres and Boston Bruins.

Before the dust settled on this deal, 20 minutes later, the Nashville Predators traded long-time captain Shea Weber to the Montreal Canadiens for P.K. Subban. The Predators and Subban made it to the 2017 Stanley Cup Final, but he was eventually traded to the Devils following the 2018-19 season. Weber, when healthy, has been a been factor on the Canadiens’ blue line and has been a big part in their run to the 2021 Stanley Cup Final.

The hits kept coming, three minutes later, when Steven Stamkos decided to re-sign with the Tampa Bay Lightning. This put an end to a year’s worth of speculation of where the pending unrestricted free agent would end up. Many felt he would return home and play for the Toronto Maple Leafs, but, in the end, he never hit the free-agent market.

Another Big Trade for Canadiens

Subban wasn’t the only Norris Trophy-winning defenseman the Canadiens traded away on this date. On June 29, 1990, they dealt Chris Chelios to the Chicago Blackhawks for Denis Savard in a one-for-one swap of future Hall of Famers.

Savard, who had five 100-point seasons with the Blackhawks, never scored more than 70 points in his three seasons with the Canadiens. He was part of the 1993 Stanley Cup championship team, where he had fives assists in 14 playoff games. He signed as a free agent with the Lightning in the summer of 1993 before being traded back to Chicago in 1995.

Meanwhile, Chelios became a hockey legend in his hometown of Chicago. He played in 664 games for the Blackhawks, scoring 92 goals and 487 points to go along with a plus-120 rating. He won the Norris Trophy, for being the top defenseman in the league, in 1993 and 1996 and helped the Blackhawks reach the 1992 Stanley Cup Final. Chelios remained with the team until he was traded to the Detroit Red Wings in March of 1999.

On June 29, 1967, the expansion St. Louis Blues hired former star defenseman Doug Harvey as the head coach of the Kansas City Blues, their minor-league affiliate in the Central Hockey League (CHL). Harvey later came out of retirement to play for the Blues during the 1968 postseason and played the full 1968-69 season at the age of 44.

Did You Know? Doug Harvey is the only defenseman in NHL history to play a game in the #StanleyCup Final at age 42 or older.
Harvey was 43 when he skated for the Blues in the 1968 Final vs. MTL. #NHLStats https://t.co/lWp144yxRj 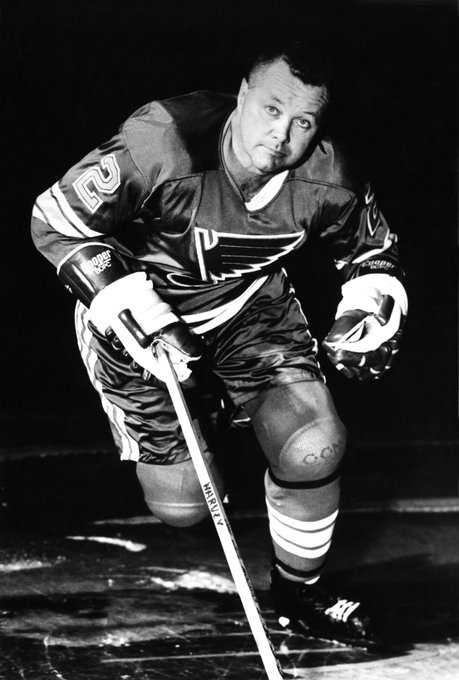 The Red Wings named Doug Barkley as their new head coach on June 29, 1975. He replaced Alex Delvecchio, who gave up his coaching duties to focus on being the team’s general manager. However, he was back behind the bench after he fired Barkley just 26 games into the 1975-76 season.

Speaking of the Red Wings, they acquired goaltender Mike Vernon on June 29, 1994, from the Calgary Flames for defenseman Steve Chiasson. Vernon spent three seasons in Detroit and led them to the Stanley Cup in 1997, their first championship since 1955.

On June 29, 2001, the Philadelphia Flyers announced that they had reached an agreement to sign free agent Jeremy Roenick, who had been with the Phoenix Coyotes. Roenick officially signed three days later. He played 216 games over three seasons with the Flyers, scoring 67 goals and 173 points.

The Washington Capitals named Todd Reirden as their new head coach on June 29, 2018. He took over for Barry Trotz, who resigned as head coach just 11 days after the Capitals won their first Stanley Cup in franchise history. Reirden became the first head coach to take over the defending Stanly Cup champions since 2002 when Dave Lewis replaced Scotty Bowman in Detroit after he retired.

On June 29, 2021, the NHL handed out its five major awards as Connor McDavid walked away with both the Ted Lindsay Award and Hart Memorial Trophy after a 2020-21 campaign that saw him record 105 points in only 56 games. It was the third time that he had eclipsed the century mark (which he did again in 2021-22). The day also saw Marc-Andre Fleury capture his first Vezina Trophy after 17 years in the NHL, as he finished the season with a sparkling 1.98 goals-against average and .928 save percentage along with six shutouts.

Also on this day in 2021, Adam Fox made history by becoming the first player to ever win the Norris Trophy as the NHL’s top defenseman despite being on a non-playoff team (New York Rangers). The sophomore blueliner finished second in defensive scoring with 47 points and was the first Ranger to win the award since Brian Leetch did it in 1973.

Finally, Kirill Kaprizov began his rise to stardom in 2020-21 by winning the Calder Trophy after leading all rookies with 27 goals and 51 points. Despite worries about his contract in the offseason, he returned to the NHL with a bang in 2021-22, recording 47 goals and 108 points and breaking several Minnesota Wild records in the process.

Theoren Fleury was born on June 29, 1968. He slipped all the way to the eighth round of the 1987 NHL Entry Draft because of his small size. He made his NHL debut midway through the 1988-89 season and became a key part of the Flames’ Stanley Cup championship. He finished his 15-season career with 455 goals and 1,088 points in 1,084 games for the Flames, Colorado Avalanche, New York Rangers, and Blackhawks.

Former defenseman and head coach Craig Hartsburg was born on June 29, 1959. He played 570 games for the Minnesota North Stars after drafting him sixth overall at the 1979 NHL Entry Draft. He received a great gift for his 36th birthday, on June 29, 1995, when the Blackhawks named him the 30th head coach in team history, replacing Darryl Sutter, who had resigned a month earlier. He lasted three seasons behind the bench before he was replaced by Dirk Graham exactly three years later, on his 39th birthday.