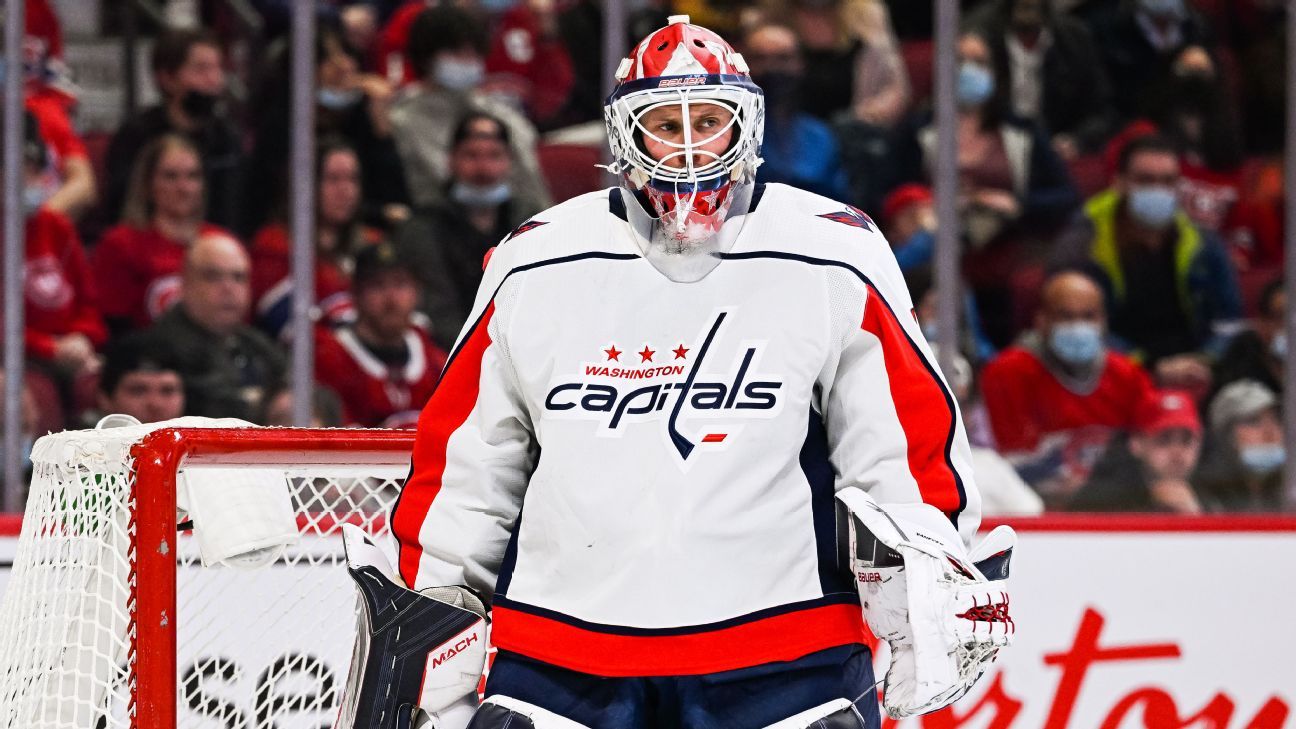 The Devils are sent a second-round draft pick (No. 37 overall) and a third-rounder (No. 70) to the Capitals for the 26-year-old restricted free agent and the Capitals’ second-round selection (No. 46 overall, originally from Winnipeg).

Here we go again. Another offseason, another potential goaltending fix for the Devils. In 2019-20, they signed 36-year-old Corey Crawford to a two-year-contract. He took a leave of absence and then retired. In 2020-21, they signed goalie Jonathan Bernier to a two-year contract. He played 10 games and then missed the rest of the season after hip surgery.

Now it’s Vitek Vanecek. The 26-year-old former Capitals goalie is a restricted free agent. He shouldn’t cost much and the Devils have ample cap space. But can he be the solution for a team that had the second-worst team save percentage in the NHL last season?

Of the Capitals’ two restricted free agent goalies, Vanecek had the better season than Ilya Samsonov, with a higher save percentage (.908) and goals-against average (2.67). He had 12 goals saved above expected in 42 games and added 2.1 wins to the Capitals, according to Evolving Hockey. He had a subtle but strong season.

He’s used to playing in a tandem, which is how the Devils view their goaltending situation. Mackenzie Blackwood, 25, is signed for one more season before restricted free agency.

The timing of this is important. The Devils had scouted St. Louis Blues goalie Ville Husso heavily last season, a player who was an unrestricted free agent, but Detroit traded for him on Friday and signed him to a three-year deal. Less than an hour later, the Devils made the Vanecek trade, giving up assets rather than just handing out a contract.

I think Husso is the better goalie and one with more upside. But New Jersey did well here with a Plan B, swapping second-round picks and giving up a third for Vanecek. But as GM Tom Fitzgerald knows better than anyone, what looks good on paper in the summer may not always look the same by November.

The Capitals clearly had some players in mind in the second round and were willing to jump up nine picks to snag one of them. With the 37th pick they took Ryan Chesley, a defenseman for the USA Hockey National Team Development Program. In the process, they picked up the 70th overall pick in exchange for Vanecek, who was a restricted free agent.

It’s both true that Vanecek had more trade value than Samsonov and that the Capitals are still hoping Samsonov can fulfill his potential as an NHL goalie. He’s shown flashes, but lacks consistency. The end game here for Washington, however, is to land a veteran goalie that means they won’t have to rely on Samsonov. Remember the Henrik Lundqvist gambit from a few years back?

Darcy Kuemper is going to market. John Gibson could be available from the Ducks. The Capitals are going hunting for a true No. 1 goalie. The first step was clearing out one of the netminders they already had. They traded a second-round pick to Seattle to reacquire Vanecek. They flipped him for a higher pick in the second round along with a third-rounder. Not bad.