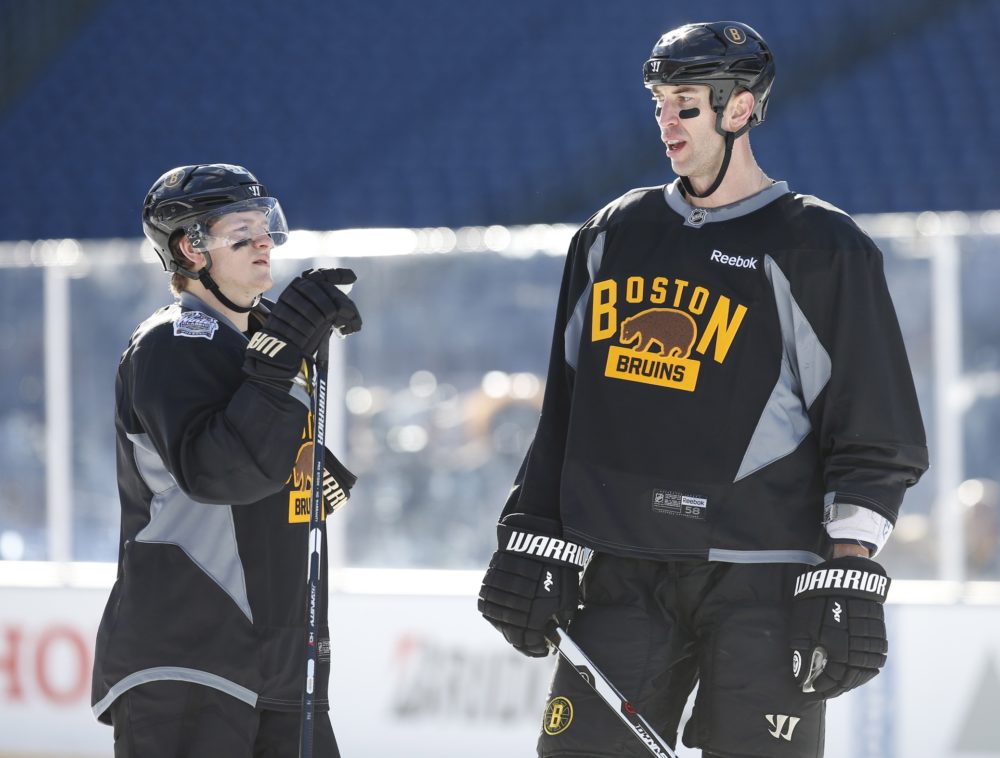 So you think you know everything there is to know about hockey, eh? Well if you know more than half of these strange facts, you’re either a hockey buff or you’ve got too much time on your hands.

The Montreal Wanderer’s Dave Ritchie scored the first official NHL goal on December 19, 1917. The goal was scored against the Toronto Arenas.

There are 12 women named on the Stanley Cup — all of them being owners or team executives. Marguerite Norris, the president of the Detroit Red Wings from 1954-55, was the first woman to have her name engraved on the Cup.

Sonia Scurfield, the co-owner of the Calgary Flames in 1989, is the only Canadian woman to have her name on the Cup.

In 1971, the Boston Bruins signed Bobby Orr to a five-year deal, worth $200,000 per year. This was the first million-dollar contract signed in the NHL. Orr ended up scoring 181 goals over that time and was well worth the money spent.

Roy Worters, the former goaltender for the Pittsburgh Pirates, New York Americans and Montreal Canadiens, is the shortest player to play in the NHL. Waters measured 5-foot-3 tall and played in 484 games from 1925-1937.

On the other end of the spectrum, Boston Bruins’ defenceman Zdeno Chara is the tallest player to ever play in the NHL. The Slovak native stands at 6-foot-9 tall, a full foot-and-a-half taller than Waters.

Rumor has it that the earliest hockey pucks were actually just frozen pieces of cow dung. I think it’s safe to say we’re all thankful they came up with a better material for pucks. The modern version is made of vulcanized rubber and is one inch thick and weighs between 5.5 and 6 ounces.

The Stanley Cup was originally only seven inches tall. It is named after Lord Stanley of Preston, the governor-general of Canada at the time. The Cup was awarded to the top-ranked amateur Canadian hockey team. The trophy is still awarded to the best team, but it now stands over 35 inches high.

Bobby Hull reportedly holds the record for the fastest slapshot ever recorded at 118 miles per hour, but that was back when technology wasn’t very sophisticated — his wristshot was clocked at 105 mph. Nicknamed “the Golden Jet,” Hull spent 23 seasons in the National Hockey League and World Hockey Association, playing for the Chicago Blackhawks, Winnipeg Jets and Hartford Whalers.

The fastest slapshot recorded in modern times with modern technology was Zdeno Chara’s wicked 108.8 mph monster in 2012 at the All-Star Skills Competition.

Arguments can still be made that Al MacInnis had the hardest slapshot of all-time but his radar speeds were hampered by his use of a wooden stick instead of the composite versions everyone uses today.

Billy Smith, the former netminder for the New York Islanders, is the first goaltender to be credited with scoring a goal. Smith scored his goal on November 28, 1979.

Michel Plasse, former goaltender for the CHL’s Kansas City Blues, scored a goal on February 21, 1971, as well. So if you’re keeping track of all the different leagues, Plasse is technically the first.

The Philadelphia Flyer’s former goalie Ron Hextall is the second goaltender to score a goal, but the first to score by taking a shot of his own. Including Hextall and Smith, eleven goaltenders have scored goals in the NHL. Martin Brodeur has the most goals by a goaltender with three.

Well, there you have it. Now you’ve been educated on hockey history.

How many facts did you already know? Is there an interesting hockey fact that you know that wasn’t listed? Post it in the comments below.

The archives of THW contain over 40,000 posts on all things hockey. We aim to share with you some of the gems we’ve published over the years.