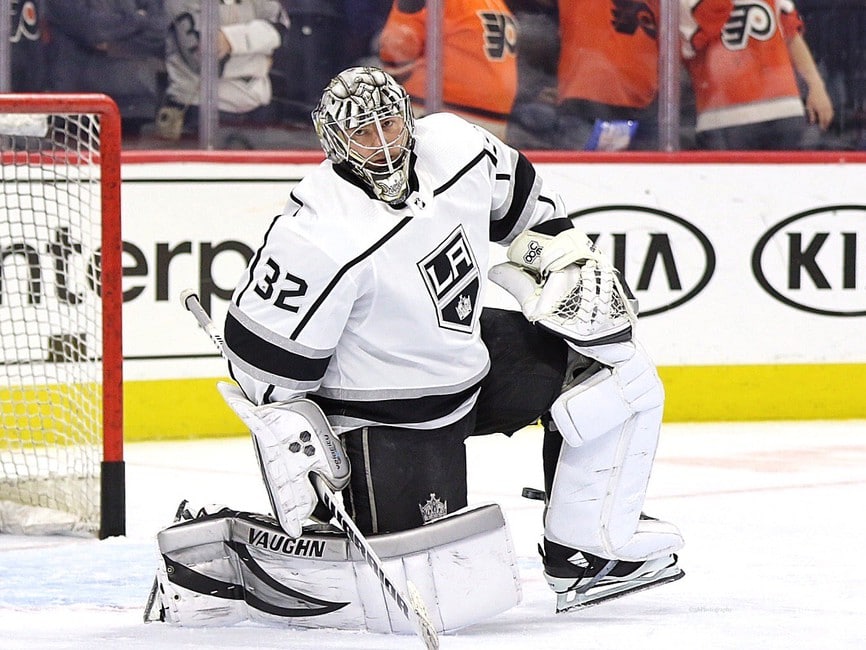 With the conclusion of the 2021 Stanley Cup Final, goaltender Andrei Vasilevskiy was awarded the Conn Smythe trophy. After an amazing run, he was a more than deserving winner. He’s also the first goalie to win this award since Los Angeles Kings goaltender Jonathan Quick in 2012. Today, I wanted to look at how dominant Quick was in those 2012 Playoffs and compare his numbers to Vasilevskiy.

Path to the Cup

The 2012 Kings and 2021 Lightning took very different paths to the Stanley Cup Final. Tampa was a juggernaut that everyone had down as a favorite coming into the playoffs. Had you told fans before the seasons started that they would go back-to-back, not many would be surprised.

The 2012 Kings were different though, they had put together a good roster heading into the 2011-12 season; however, they struggled to win games and especially struggled for any offense. After a coaching change in December that saw Darryl Sutter take charge, the team started to find their game.

They caught fire at the right time, going 12-4-3 in their final 19 games to secure the Western Conference’s eighth and final playoff spot. Even with their hot finish to the season, most fans expected them to be knocked out in round one of the playoffs. They were coming up against an unbelievable Vancouver Canucks team, headlined by the Sedin twins and Roberto Luongo. In that series, people would begin to take the Kings seriously as contenders as they ran over the Canucks in five games. Quick also quickly established himself as an early Conn Smythe candidate in this series.

In that first series, Quick was immaculate, posting a.950 Save Percentage (SV%) and 1.60 Goals Against Average (GAA), including a 41-save shutout in Game 3. He would continue his stellar play in the next series against the St. Louis Blues — posting a .940 SV% and a 1.50 GAA en route to a four-game sweep. At this point in the playoffs, everyone saw the Kings as Cup contenders and that his stellar play was a key factor in their success. He looked unbeatable up to this point and did not have a game with under a .900 SV%.

In the next two rounds, he would drop below a .900 SV% in just one game, Game 5 of the Final against the New Jersey Devils. By the end of the 2012 Playoffs, the Kings would be hoisting their first-ever Stanley Cup and Quick was awarded the Conn Smythe. His .946 SV% is the best, in the playoffs, by any goalie with more than 10 games played and his 1.41 GAA is the third-best for goalies with more than 10 games. He would also add a stellar 13.3 goals saved above average (GSAA). No goalie has posted better GAA and SV% numbers since the league switched to 16 teams making the playoffs. That Kings run was legendary, needing just 20 games to lift the cup. Every player on that team was on fire, playing their best hockey, but none more so than Quick.

As I mentioned earlier, Vasilevskiy is more than deserving of the praise he is getting. I don’t want to take anything away from how great he played; however, I think comparing his Conn Smythe winning numbers to Quick’s will be fun.

Their numbers are very close in these two runs. Both goalies played out of their minds in their respective years. I think it’s worth noting that Quick played in a more defensive system under Sutter than Vasilevskiy does under Jon Cooper. With that in mind, I still think Quick had the better run. As I mentioned earlier, I think his run was maybe the best we have ever seen from a goalie. His numbers are slightly better, and I think Vasilevskiy had the better roster in front of him.

The 2012 Kings were an amazing team, but I think this Lightning team is, arguably, the best cap-era team ever. Regardless of who was “better,” it is always a blast watching goalies play that well. In both these seasons, we saw two elite goaltenders play their best hockey and dominate the playoffs. Just don’t tell Nikita Kucherov I said Quick was better.

This run was amazing for Kings fans for so many reasons — it being the organization’s first-ever cup is the obvious one. Fans also witnessed one of the most dominant Cup runs in playoff history, as the Kings never made it to a Game 7 and only played in one Game 6. Amongst this legendary run for the team was an almost more impressive run from their goalie, as Quick cemented himself as an all-time great goalie. It will be a long time before we see a goalie dominate the playoffs as he did. This run is one of many reasons that his No. 32 will hang in the rafters at Staples Center when he retires.