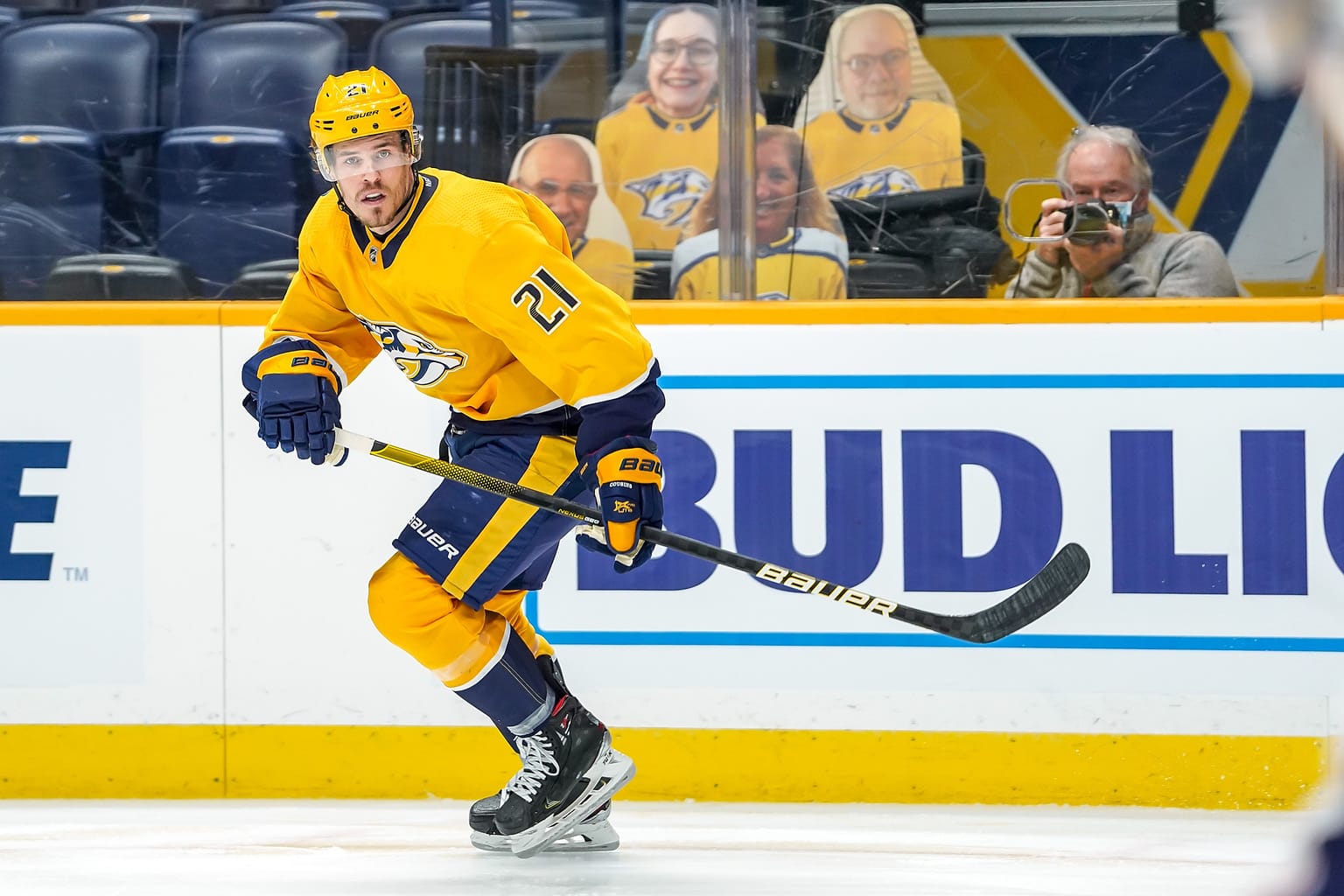 The Florida Panthers entered free agency with very little wiggle room under the salary cap but managed to nab a few solid pieces to add to their lineup. One of them was former Nashville Predators forward Nick Cousins for the next two years at $1.1 million per season. Panthers’ general manager Bill Zito managed to once again bring home another cheap deal to solidify their bottom six after the loss of Mason Marchment to the Dallas Stars.

Cousins was drafted in the third round, 68th overall, back in the 2011 Draft by the Philadelphia Flyers. However, he didn’t play his first game until March 17, 2015, against the Vancouver Canucks. The following season, he scored his first career NHL goal against the Buffalo Sabres on Feb. 11, 2016. That same season, he was featured in six playoff games for the Flyers. In the summer of 2017, he was traded to the Arizona Coyotes, along with goaltender Merrick Madsen, in exchange for forward Brenden Warren and a fifth-round pick in 2018. Then Cousins played nearly two whole seasons with the Coyotes organization before hitting free agency in 2019. That summer, he was signed by the Montreal Canadiens to a one-year deal.

Cousins played in 58 games for the Habs, scoring nine goals and assisting on 13 others. In addition, he amassed 33 penalty minutes. In Feb. 2020, he was traded to the Vegas Golden Knights for a fourth-round selection in 2021. His time in Vegas was mostly postseason play as the regular season was cut short due to the COVID-19 pandemic. He featured in 17 Stanley Cup Playoff games, nabbing five assists.

The following offseason, Cousins was signed to a two-year deal by the Predators. He skated in 120 regular-season games for the Preds, scoring 14 goals and grabbing an assist on 26 others. Additionally, he played in seven playoff games for “Smashville,” scoring his only two goals in his postseason career. Throughout his career, he’s played in 444 games, piling up a total of 138 points (55 goals, 83 assists), along with seven points (two goals, five assists) through 30 postseason appearances. With all that in mind, what makes him a great fit in South Florida?

Cousins’ Grit Can Easily Replace What Was Lost in Marchment

As previously mentioned, Marchment was lost this past free agency as he signed a four-year deal with the Stars. While the signing is only for two seasons, Cousins is a gritty, two-way type of forward who can easily replace the toughness that was lost with Marchment. He is always willing to go to the dirty areas to create havoc on the ice and could potentially be on the third line with Sam Reinhart and Anton Lundell. However, training camp will determine which duo he is aligned with.

“He’s a guy that when you play against him, you notice him and you don’t like him sometimes,” Zito said with a grin. “He’s a guy with sandpaper that can play both center and wing. There’s flexibility in his game with what he brings. High energy, high tempo. We think he’ll fit right in.”

Although it may not seem like much, Cousins’ 30 playoff games can pass down valuable lessons to those who haven’t experienced playoff glory or are still trying to settle into the atmosphere around it. Especially considering there were many players, including the bigger names on the roster, that struggled in the postseason last year.

Cousins is Already Familiar With Some of His Teammates

In his time as a Flyer, Cousins was teammates with Panthers’ defenseman Radko Gudas for two seasons. He was also a teammate of forward Anthony Duclair for one year when he was with the Coyotes.

As a result, a relationship has already been formed with two big pieces of the current roster before he has even stepped foot into FLA Live Arena.

Did Zito Find Another Diamond in the Rough?

Of course, it is still way too early to tell if the move worked out for the best for the Cats. However, considering his track record of small signings with players like Carter Verhaeghe, it’s safe to say he knows exactly what he’s doing.

Much like the signing of Colin White last week, it is a low-risk, high-reward signing. However, Cousins brings in a lot more toughness and grit to solidify the bottom six. With that in mind, it’s more evidence that Zito wants to keep the mojo going from last season.

My name is Joey. I’ve been writing about the NHL for about 3 years with my experience spread out between TSJ 101 Sports and Panther Parkway. I look forward to you reading my articles!