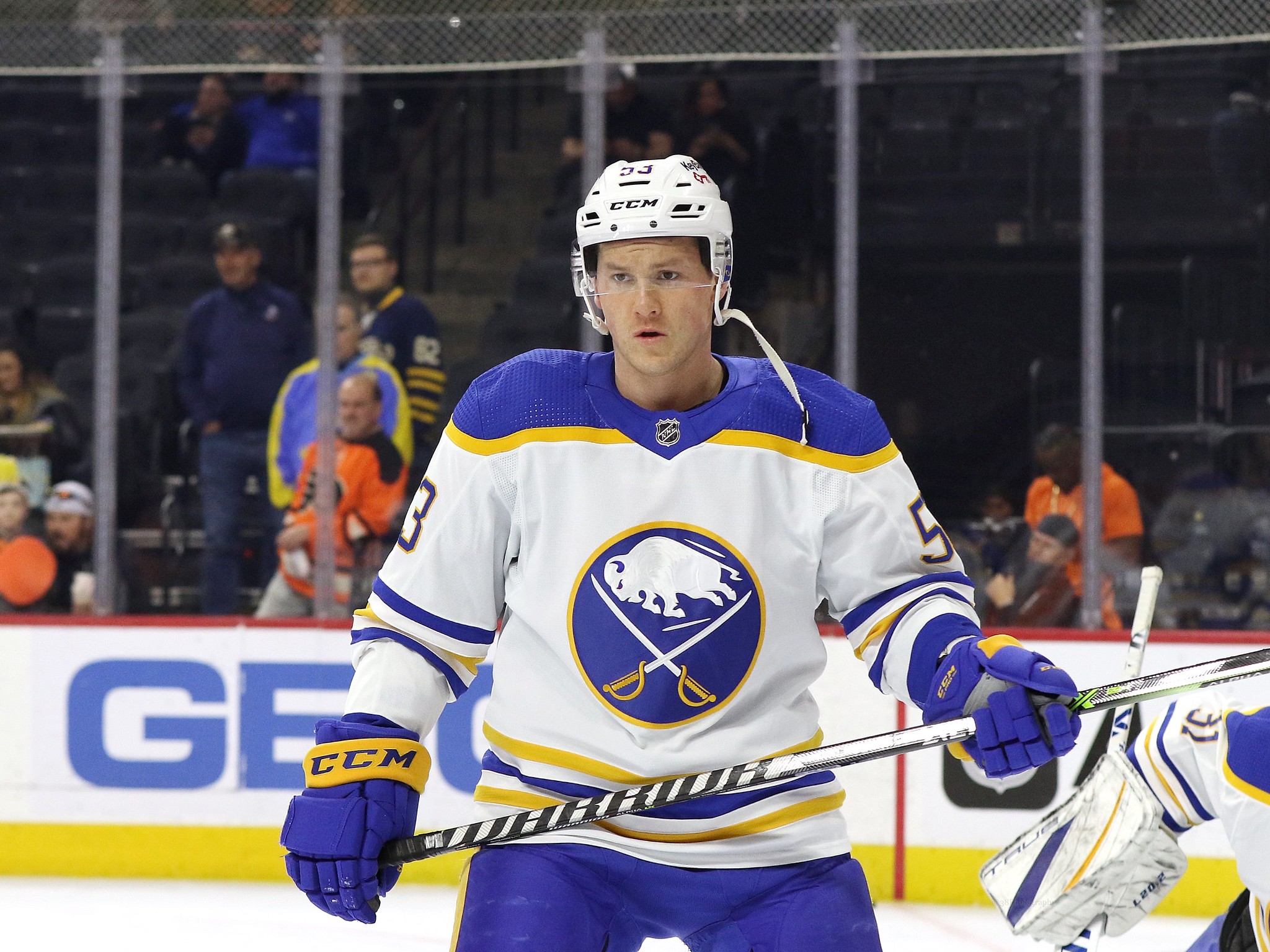 Aug. 2 was a big day for the Buffalo Sabres as they pulled off a big trade to land a dynamic player in 2018. Also, a group of veteran players, including a current NHL head coach, signed on with new teams on this date. Plus, there was a dramatic finish in the bubble as the Stanley Cup Playoffs continued to get rolling. Let’s hop aboard the THW time machine to relive all the best from this date.

The Sabres made a big splash on Aug. 2, 2018, when they traded Cliff Pu and three draft picks to the Carolina Hurricanes for forward Jeff Skinner. Pu has been traded two more times since. He has yet to make his NHL debut, splitting time between the American Hockey League (AHL) and ECHL. The Hurricanes used the second-round pick in 2019 to select Russian goaltender Pyotr Kochetkov.

Skinner was originally drafted with the seventh overall pick in the 2010 NHL Entry Draft. He won the Calder Trophy for being the best rookie of the 2010-11 season with 31 goals and 63 points. He played in 578 games with the Hurricanes before the trade and scored 204 goals and 379 points.

His first season in Buffalo was a huge success as he scored 40 goals for the first time in his career. A couple of weeks after the 2018-19 season ended, Skinner signed an eight-year contract with the Sabres worth a total of $72 million. He struggled to live up to the high price tag with just 14 goals and 23 points in 59 games before the 2019-20 season was paused due to the COVID-19 pandemic. He followed that up with just seven goals and 14 points in 53 games this past season.

The Columbus Blue Jackets signed veteran defenseman Adam Foote on Aug. 2, 2005. He was originally drafted by the Quebec Nordiques in the second round of the 1989 NHL Entry Draft. He played in the final four seasons the Nordiques were in Quebec City before relocating and becoming the Colorado Avalanche.

In Colorado, he played nine seasons and won Stanley Cups in both 1996 and 2001. Foote played in 187 games with the Blue Jackets before he was traded back to the Avalanche on Feb. 26, 2008, for a first and fourth-round pick. The first-round pick was traded to the Philadelphia Flyers, and the Avs selected David Savard in the fourth round of the 2009 NHL Entry Draft. Foote played three more seasons with the Avalanche before retiring in 2011.

Current Edmonton Oilers head coach Dave Tippet signed with the Flyers on Aug. 2, 1993. The veteran left-winger scored four goals and 15 points for the Flyers during the 1993-94 season, his final as a player in the league. Tippet played 721 NHL games over 11 seasons, with the Hartford Whalers, Washington Capitals, Pittsburgh Penguins, and Flyers.

On Aug. 2, 1994, Glen Sather stepped down as head coach to focus on being the team’s general manager. They announced that George Burnett would take over behind the bench. His coaching career got off to a late start, thanks to the lockout of 1994. Things did not go well once the season began as Burnett was fired after going 12-20-3 through 35 games. He was replaced with Ron Low.

The Chicago Blackhawks signed free-agent Wendel Clark on Aug. 2, 1999. His stint with the Blackhawks was not very memorable. He was released after scoring two goals in 13 games. In January of 2000, he returned to the Toronto Maple Leafs for the third time in his career. He scored two goals and four points in 20 games before officially retiring at the end of the season.

On Aug. 2, 2020, Nazem Kadri scored a power-play goal with 0.1 seconds left in the third period to give the Avalanche a 2-1 win against the St. Louis Blues in the opening game of the round-robin portion of the Stanley Cup Qualifiers at Rogers Place in Edmonton.

There are 16 current and former NHL players who claim Aug. 2 as their birthday.

Leo Boivin is the lone Hall of Famer of the group. Born in Prescott, Ontario, on this date in 1932, Boivin played 19 seasons in the NHL. He had his greatest success during his 12 seasons with the Boston Bruins. He was a prototypical stay-at-home defenseman that was known for his big hits. He amassed 1,150 games with the Maple Leafs, Bruins, Detroit Red Wings, Penguins, and Minnesota North Stars before retiring in 1970.

Tony Amonte, born on Aug. 2, 1970, played in the most games and is the highest scorer of this group. He scored 416 goals and 900 points in 1,174 games over 15 seasons with the New York Rangers, Blackhawks, Phoenix Coyotes, Flyers, and Calgary Flames. He had his best years in Chicago between 1994 and 2002. He had three seasons of at least 41 goals with the Blackhawks, including a career-high 44 goals during the 1998-99 song.

Ranking the Islanders Jerseys
Mason McTavish is hoping to lead the Canadian juniors to gold, despite the nine that got away
FIH Hockey Pro League Season 3: England vs Belgium (Men), Game 1 highlights
Onyebuchi excited to be back for year two
FIH Hockey Women’s World Cup 2022: Game 38 (9/12 Classification) – India vs Japan | #HWC2022