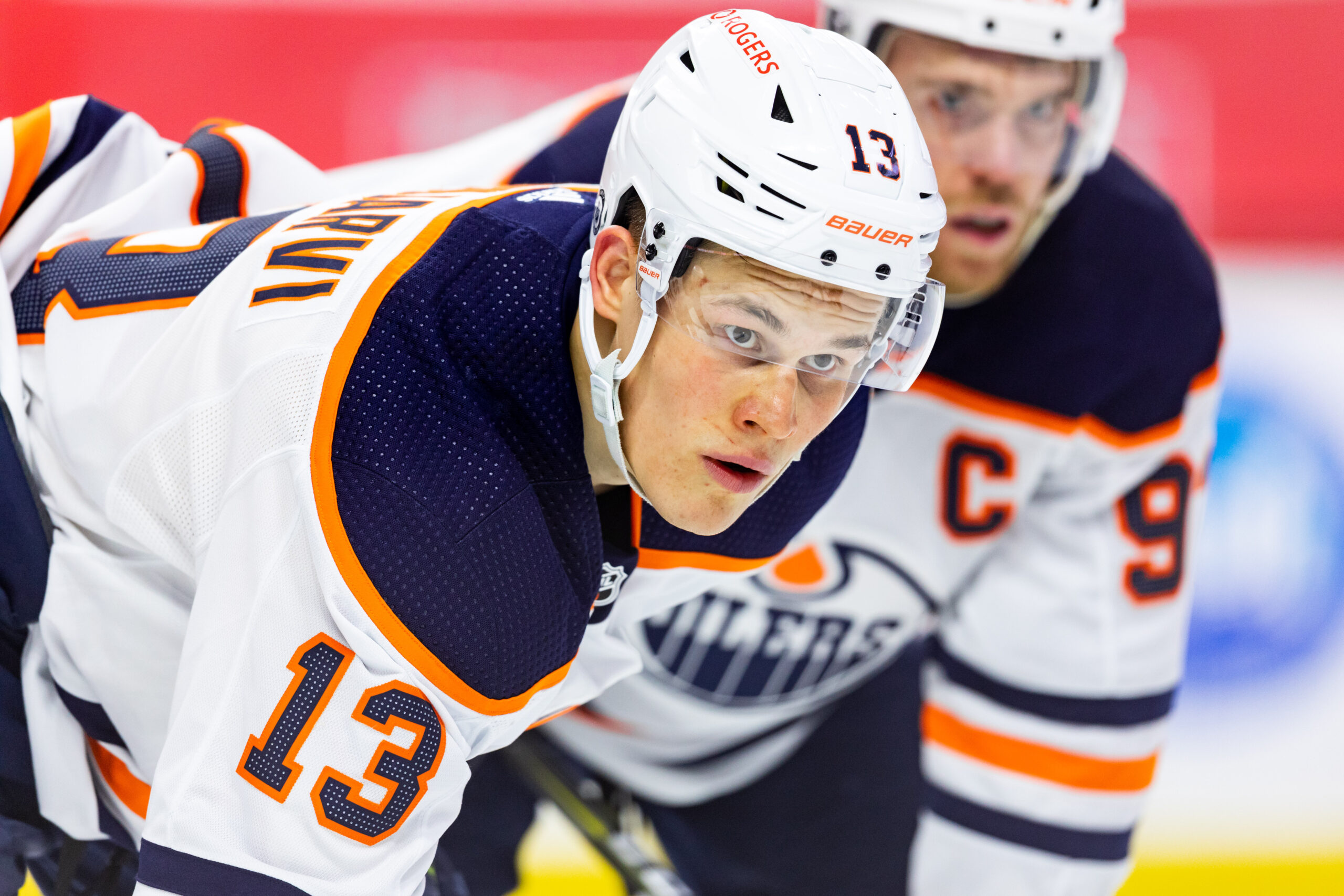 Now that Jesse Puljujarvi is signed, Edmonton Oilers general manager Ken Holland should have an easier time trading him. Holland and head coach Jay Woodcroft may be on different pages in this regard, but they ultimately want what’s best for the team.

Holland has emphasized that Puljujarvi played really well through the first quarter of last season and lost his confidence after that. He fell down the lineup, and Holland was and may still be trying to sort things out. Whether that means he is traded or Holland lets things play out for another season remains to be seen, but Woodcroft is confident that Puljujarvi is one of the young pieces worth investing in.

Meanwhile, the Montreal Canadiens are looking to move some players out and bring in pieces for the future. They have reportedly shown interest in Puljujarvi and have been doing their due diligence since before the 2022 NHL Draft (from “Murphy: With Puljujärvi Signed, Canadiens Should Circle Back,’ Montreal Hockey Now, July 26, 2022). The Oilers’ forward still appears to be on the trade market as teams try to figure out their rosters this offseason, including the Canadiens and Oilers. Here’s a look at what the Habs could offer for Puljujarvi and what might happen if the Oilers decide to hold onto him.

Player, Prospect, or Pick for Puljujarvi?

The Oilers will have several players competing for fourth-line duties. As Puljujarvi is expected to play on the third line, the team will want a better player to fill that void rather than a fringe NHLer. The Canadiens are trying to move out salary and would have to move players to bring on money. Could they trade recently acquired Kirby Dach? He isn’t an established NHL center yet and struggled as much as Puljujarvi did overall. Dach already got his change of scenery from the Chicago Blackhawks, but he is still a restricted free agent. Having a player like Puljujarvi, who is already signed, might be attractive for teams like Montreal that want to know how much cap space they are dealing with.

It would be most beneficial for the Oilers to get a player who could help them next season. A pick does nothing for them next season and only helps if they are confident in some of their prospects, like Dylan Holloway, Xavier Bourgault, and Raphael Lavoie, taking the next step. As a contending team, the Oilers want players outperforming their contracts, but it’s difficult to tell right now what the future holds as these prospects have little to no NHL experience. Puljujarvi could also underperform on his one-year deal.

Related: 3 Oilers Prospects Who Could Crack NHL Lineup in 2022-23

The most ideal return in a Puljujarvi trade would be a player who would be in the mix next season and help the team, whether that’s by saving money, putting up more points, or just costing less for the same production on the third/fourth line. There is one more intriguing return below that the Oilers could have their sights set on if a deal were to go down.

The Oilers’ forward group won’t be lacking without Puljujarvi, but they will need more NHL-ready young defencemen in the near future. The Canadiens have an abundance of young defensemen. The Oilers should be interested in Justin Barron (RD), Jordan Harris (LD), Mattias Norlinder (LD), Logan Mailloux (LD), and Jayden Struble (LD). They are all either high draft picks or have developed well in their young careers. Harris and Barron are expected to make the Canadiens out of training camp, while Norlinder played six games last season and is close. Mailloux and Struble may be a couple of years away, while Kaiden Guhle is likely not on the market.

The Oilers’ defensive prospects are the weakest part of their system. If they manage to get a prospect from the Canadiens, it may not help the defence next season but could in the future and give the team more options.

There may be a tension between Puljujarvi and the team that can’t be mended. He has asked for a trade twice, but he’s also getting the best opportunity with the Oilers. He was playing alongside Connor McDavid for stretches even before last season. Puljujarvi is in his own head and he needs to get his confidence back. He is a talented player, but a player who isn’t producing isn’t going to play in the top-six. That role is earned and consistently proven.

We know Woodcroft has confidence in Puljujarvi, but he doesn’t make the calls when it comes to trading players. The coach has to do his best with the roster he’s handed. If Puljujarvi sticks around, it’ll be his job to help him get his confidence back.

If there is no offseason trade, don’t count out a deadline or mid-season deal if things continue to be bad. The Oilers are going for it all next season, and Puljujarvi could be the piece that helps them get an impactful player to fill a need. He will need a big season to warrant a longer-term contract, and for the Oilers to see him as part of their future.

Rob Couch is a THW freelance writer covering mainly the Edmonton Oilers and Philadelphia Flyers. He covers everything you need to know about fantasy hockey. He will also keep you up to date with NHL Stats News, trade talks, and daily betting guides.