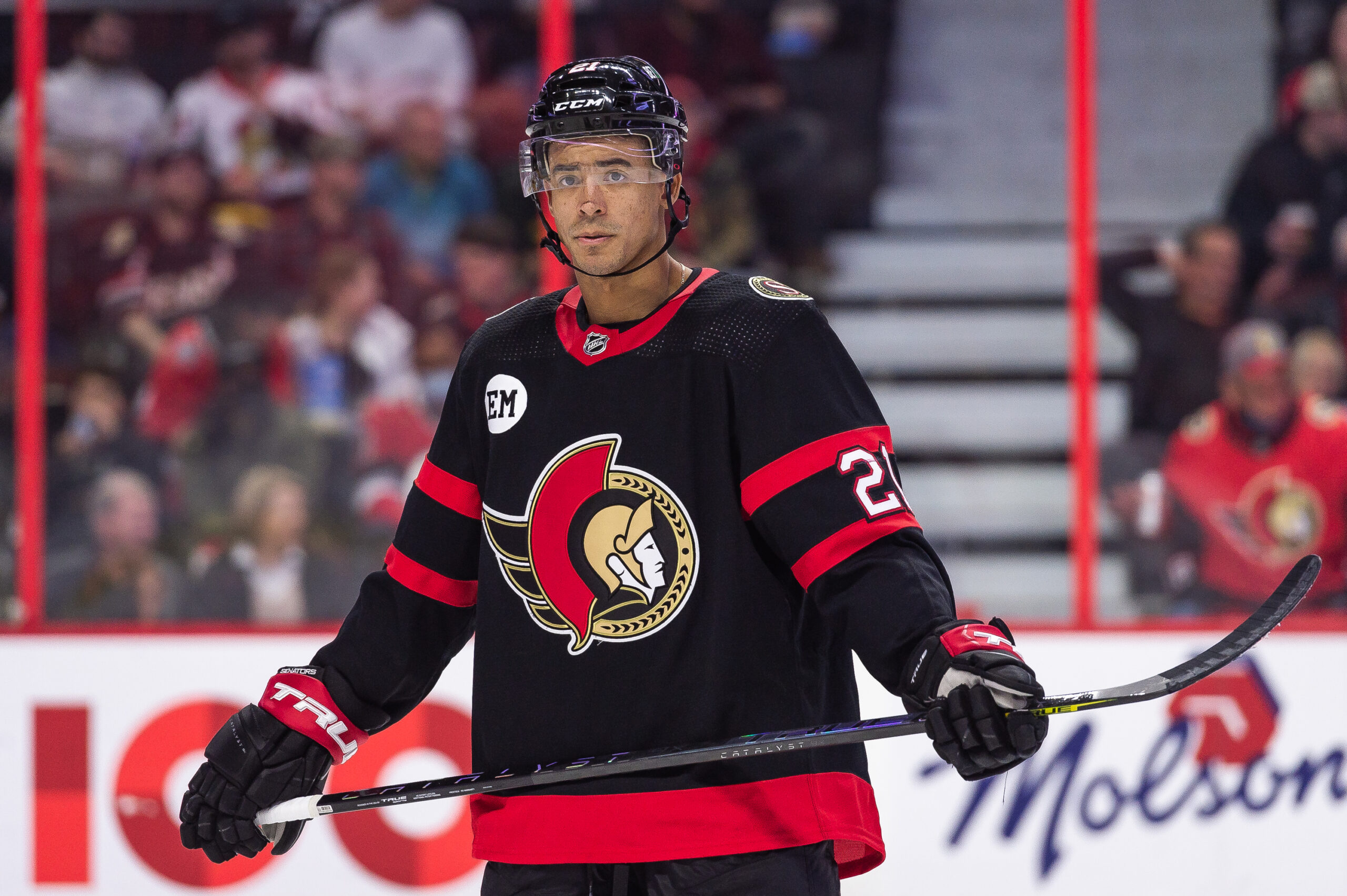 In a good piece of news for Ottawa Senators fans, Mathieu Joseph has a new contract. In an offseason that has seen major acquisitions, a big contract, and some smaller moves, this comes at a time when it has been a little quiet from Pierre Dorion and camp. Locking Joseph up now is a bit of a gamble as his sample size is small with this team, but the contract provides solid value.

Joseph had filed for arbitration before the deadline hit, which had thrown some fans into a frenzy as to what that meant. But effectively, all restricted free agents (RFA) with arbitration rights complete this process to protect themselves and their bargaining power with the club. A few voices made it through to advise that this truly is a standard procedure and that a deal would likely be done before an arbitration meeting was needed.

Joseph and the Senators agreed to a four-year term on this deal, which will take him straight to being an unrestricted free agent once it’s done. The deal also will carry him through to 29 years old, effectively locking him up throughout his prime years. There is the chance he walks when it’s all said and done, but that four-year timeline lines up very well with the current competitive window for the team. Joseph has proven himself to be an above-average third liner who has shown flashes of a player who could regularly play on the second line if needed. As such, he’s nearly the perfect depth signing.

As Tim Stützle continues to develop and fans finally see what Jake Sanderson looks like playing with the big boys, years three and four of this contract are where the meat is. Having a player like Joseph locked in while some of the younger players enter their prime years is a major win for the Senators. It’s almost a certainty that his pace last year is an outlier, but even if he can collect 40-50 points and play penalty kill minutes, he will provide some much-needed insulation for the club.

Given the small number of games he played, it would have been easy to overpay Joseph after his stint at the end of the season. Given that the player he was traded for, Nick Paul, signed a major seven-year deal at $3.15 million average annual value (AAV), Joseph is coming in remarkably less expensive than his replacement as his contract carries an AAV of $2.95 million. While the cap hit is only moderately less, he’s not being paid well into his 30s like Paul will be.

While a $2.95 million cap hit might be a little more than some people want to see for a guy who has suited up less than 20 times for this team, it’s good value for a flex player. Joseph’s ability to move in the lineup, play a strong two-way game, and contribute on the score sheet makes him exactly the type of player teams need in their lineup. The immediate change in production going from the Tampa Bay Lightning to the Senators makes it appear like he was suffering from utilization issues on a stacked roster. However, within Ottawa’s core, he will have more freedom to reach his offensive ceiling.

The Senators are closing in on being a contender. They still need some defensive help, and while they made changes in net, it remains a question mark for the team. Signing Joseph now for a good portion of their competitive window, and at this price point helps the flexibility for the next couple of years. If he outperforms the contract, he’s a great steal, and if he’s not meshing well, he will be easy to move. Basically, it’s a deal where risk is minimized for the club, and the player gets a fair deal for what he’s done so far. All in all, it’s a win for both sides.

Devin resides in Ontario, covering the Ottawa Senators for The Hockey Writers. He’s interested in where the eye test intersects with advanced stats and is on a quest to make a formula to determine who really is the best overall defenseman.