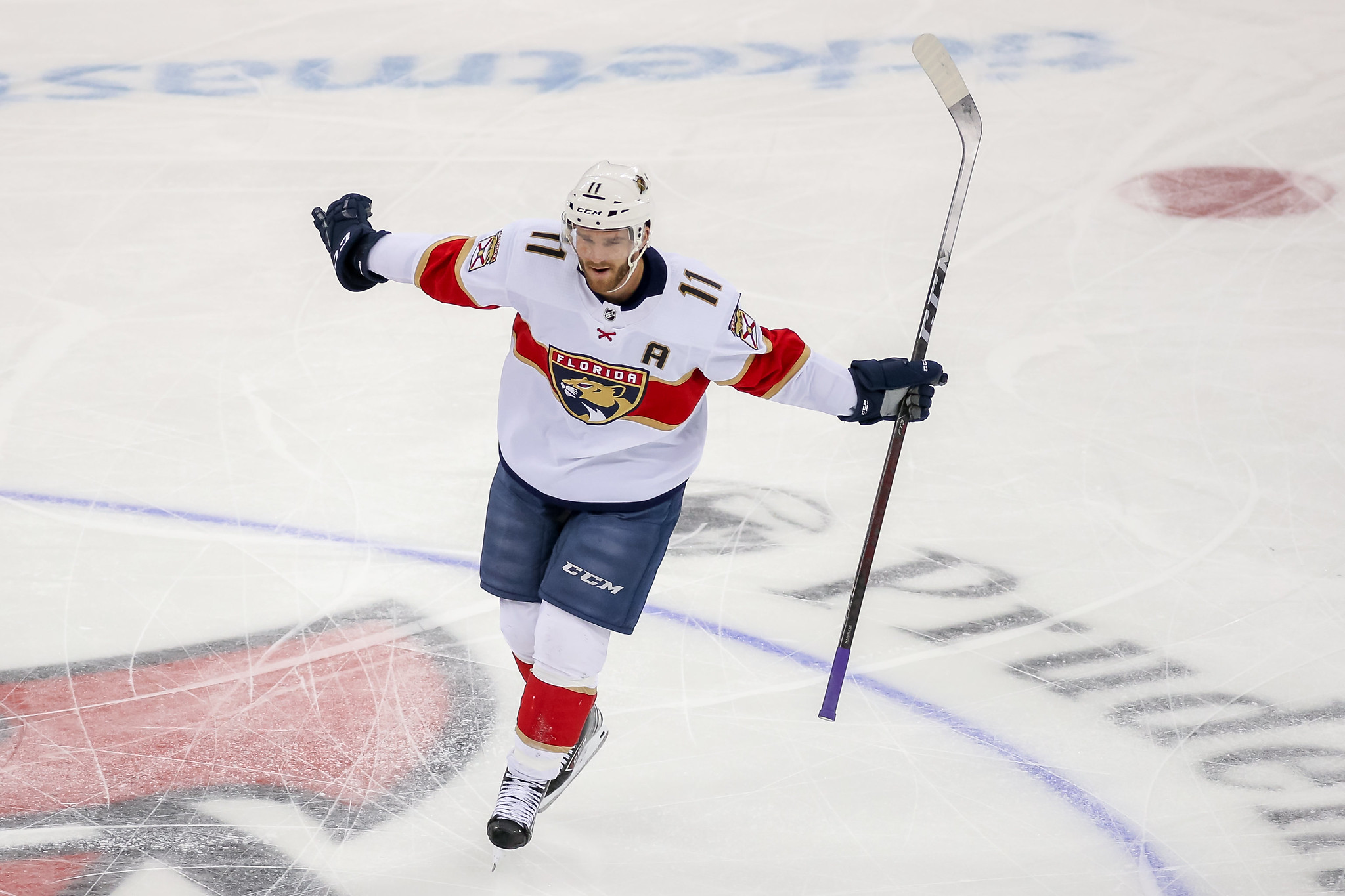 The Calgary Flames have an exciting season ahead of them, that’s one thing to be sure of. Their top two scorers from last season have departed, and a few new faces will grace the locker room for 2022-23. Unfortunately, play consistency is one of the most difficult qualities to gain as a player, and some may not produce this year the way they did the last. Change always equals adjustments, and there are always changes for each NHL team in every offseason. It is the players who suffer the most from this immense turnover, as it is difficult to build both on and off-ice chemistry when your teammates are constantly alternating. Hence, let’s take a look at three Flames who have perhaps the highest potential for regression next season.

The Flames’ shiny new acquisition from the Matthew Tkachuk trade is undoubtedly one of the best players in the NHL right now and will definitely mitigate some of the losses of Tkachuk and Johnny Gaudreau. Let’s be clear: Jonathan Huberdeau will have a fantastic first season with the Flames, and hopefully, it is the first of many as he is a free agent at the end of the year. The Florida Panthers’ all-time leading scorer will likely be motivated after being blindsided by his former team trading him, as well as, looking to cash in on a big payday in the realm of seven to eight years and likely $10 million per season or more.

The best-case scenario is Huberdeau lights it up next year and re-signs with the team. He won’t be playing with scrubs; 40-goal man Elias Lindholm and either Tyler Toffoli or Andrew Mangiapane are the most probable linemates. However, he played almost exclusively alongside sniper Anthony Duclair, resurgent former Flame Sam Bennett, Selke Trophy Winner Alex Barkov or playmaker Sam Reinhart last season. Florida had the luxury of many good centres, whereas Calgary does not. After Lindholm, Mikael Backlund is the de-facto number two centre, a significant drop-off in quality. Should Huberdeau not gel with Lindholm or the injury bug hits the centreman, his numbers will drop.

In addition, there is a large difference between Sunrise, Florida and Calgary, Alberta. Temperature and state tax are two colossal adjustments that immediately come to mind. Huberdeau has played his entire 10-year career in Florida, and moving across North America after being used to live inside and outside of hockey for so long will be difficult for him. He will be house-hunting while situating himself in a new training facility, rink, and group of 24 colleagues. Huberdeau will put his best product on the ice next year, but it has a higher probability of not yielding the 30 goals and 85 assists it did last year.

Speaking of Lindholm, the star centre put forth his best statistical season yet in 2021-22 as he became a point-per-game player for the first time in his career, recording 42 goals and 40 assists in 82 games. While Lindholm is supremely talented, one can’t look away from the fact that he played a total of zero minutes without at least one of Gaudreau or Tkachuk on his line and 79% of the season with both of them. There’s no arguing that this facet aided his production, and it doesn’t help his case that in any year where he didn’t play with one of the two men he didn’t produce above 0.63 points per game. He will surely benefit from playing alongside one of the best passers in the game in the aforementioned Huberdeau, but again, what if they don’t gel?

Furthermore, who will flank Lindholm on the right side? Odds are high that it will be one of Toffoli or the newly re-signed Mangiapane, both very capable offensive players, but neither are at a Tkachuk-esque style or level of play. Tkachuk created a lot of space for his linemates with his physicality and won a great deal of puck battles due to his grittiness down low and in the corners. As with Huberdeau, line chemistry will be made but that takes time. Simply put, two-thirds of a dominant line cannot be removed and see the remaining player carry the same expectations as the season prior. Lindholm will surely contribute a great deal as he always does, but to the same tune as last year, likely not.

One of Chris Tanev and Oliver Kylington will not replicate the fantastic season they had in 2021-22 this year. This will be due to the incoming former Panther Mackenzie Weegar, also part of the Tkachuk trade. Having six very proficient blueliners is not a bad problem, and Calgary will be among the very best in the NHL without question. As the top pairing of Rasmus Andersson and Noah Hanifin is assumably set in stone, the bottom four will then have to be shaken up. Due to his level of play and having been a top-pairing defenceman alongside two-time NHL All-Star Aaron Eklbad averaging an ice time of 23:22 per night, it can be assumed Weegar will command a role in the second pairing.

This means one of Tanev or Kylington, partners on the second pairing last season, will have to step down to the third pair to play with Nikita Zadorov. Both men had career years last season, with Kylington putting up 31 points in 73 games and Tanev 28 in 82. Their grouping was also so good defensively, they placed 15th (Tanev) and 16th (Kylington) in the NHL in plus-minus. Because he is right-handed like Weegar, the odds lean towards Tanev getting the bump, but coach Darryl Sutter would probably go with two righties if he likes how they play together. One or both of these men will be seeing reduced ice time regardless with Weegar entering the fold, it will simply be a matter of who works best with who.

To conclude, we must reiterate that we sincerely hope none of these players experience a bad season. In fact, it would be a pleasant surprise if we were wrong for each, and they built upon their prior performances. However, due to changing situations, these men are simply the most probable to regress in performance. Incoming and outgoing roster players will always have an effect on the ones that remain, and this upcoming season will be no different. For the Flames, two longtime stars are gone, while two new stalwarts come in, which means adjustments and potentially some growing pains.

Derek Olsen has a Bachelor of General Studies with focuses in History and English, and is now working on a Bachelor of Education. He grew up an avid sports fan and participant, but hockey has and always will be the most important to him. Eat, sleep, and hockey. Blood, sweat, tears, and hockey. He has a relative presence in the ever-expanding sports card industry and claims his collection will “be his retirement”. He is pleased to be able to write for The Hockey Writers and to cover the Calgary Flames.