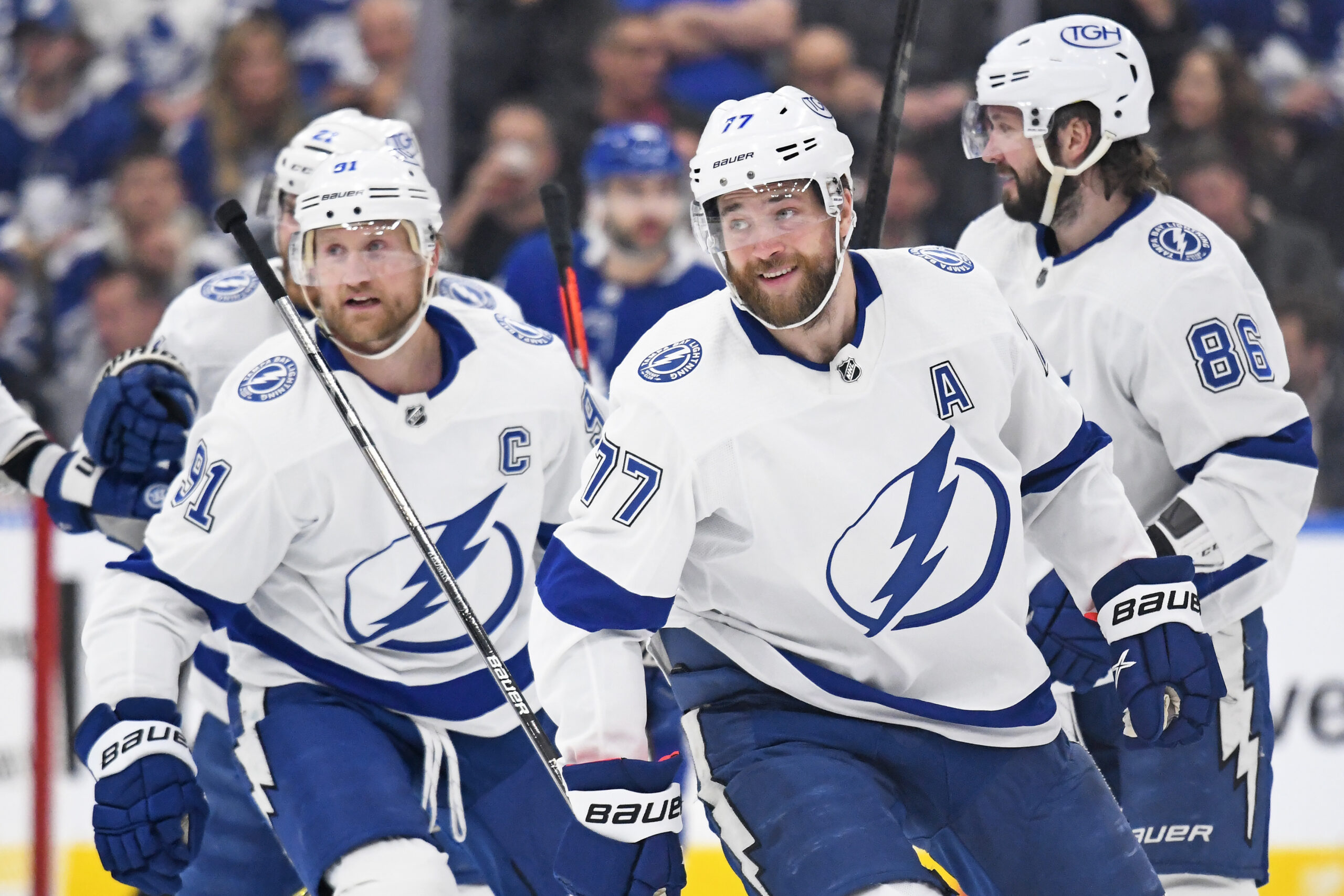 The Tampa Bay Lightning have had to part with many key players over the last few years. Due to cap issues, they have had to replace Yanni Gourde, Barclay Goodrow, Blake Coleman, and Tyler Johnson. Despite those losses, the team and their top players, Steven Stamkos and Nikita Kucherov, still played at a high level, leading to three straight Stanley Cup Finals. However, the latest cap casualty was Ondrej Palat, who was lost to free agency and just might be the departure that proves to be too much for the duo to overcome.

Palat played his whole career with the Lightning until he signed a five-year deal with the New Jersey Devils. It’s not that the team didn’t want to keep the talented 31-year-old, but the salary cap landscape made it next to impossible to pay him what he is worth. This means that they had to part ways with not only a versatile two-way player but an outstanding postseason performer, allowing Stamkos and Kucherov to perform at their best. Tampa Bay will now have to develop internal alternatives to help their team and their two All-Stars.

Replace is not the right word to describe filling the shoes of a player who scored 31 points in 48 games during the Lightning’s back-to-back Stanley Cup wins. As they have done in the past, the team will have to adapt to this most recent departure. Since most of general manager Julien BriseBois’s focus on free agency has been on defense, Palat’s spot in the lineup will probably be filled from within.

If the Lightning choose to keep Stamkos and Kucherov on the same line, the leading candidate to be their linemate is Brayden Point. That is, of course, if he is healthy, as the last we heard, the All-Star center had suffered a quad tear in Game 7 of their first-round victory over the Toronto Maple Leafs. Point led the league with 28 goals over the previous two postseasons. He also is a solid defensive forward who neutralized 60-goal scorer Auston Matthews in that first-round series win.

If the Lightning believe that other players will step up to fill the void, such as Alex Killorn and Ross Colton, then Stamkos and Kucherov could skate on two different lines. This likely wouldn’t happen until December, as top-six center Anthony Cirelli is not expected back until then due to an injury. When he returns, the possible lines could include Kucherov skating with Point and Colton, while Stamkos could be paired with Cirelli and Killorn. Colton has a similar skill set to Palat, as both players are smart, can skate well, and score consistently. While he lacks experience, 2022-23 might be the season he takes that step forward and produces similar numbers to Palat.

Another possibility is Vladislav Namestnikov, as the Lightning brought back their former first-round draft pick when they signed him to a one-year contract in July. He has a history of being able to play with Stamkos and Kucherov even though most consider him to be a bottom-six forward. However, he has not been part of strong teams recently, which has allowed him to become a very effective checker and penalty-killer. As a result, skating in the top six with this duo could allow him to surpass the offensive numbers he has posted in the past couple of seasons.

This may not seem like a factor since Stamkos is coming off what many consider to be his best season. On April 27, he reached 100 points in a single season for the first time in his NHL career with a two-goal effort against the Columbus Blue Jackets. However, the 32-year-old has played in 922 regular season games and 117 playoff games since being drafted by the Lightning first overall in 2008. At some point, the question will be not if but when all of this catches up to him.

If you assume that his mileage will not cause a significant drop-off in production in 2022-23, then the biggest challenge may be Stamkos’s leadership role on the team, something that he has done since he was given the “C” in 2014. The team will continue to rely on his calm demeanor to guide them through more salary cap-forced roster changes. While losing Palat will hurt the forward group offensively, the Ryan McDonagh trade will have the biggest impact in the locker room, as the 33-year-old also provided the Lightning with solid, unselfish play, which will be missed by his teammates.

At 29, Kucherov does have a little less wear and tear than Stamkos, as the former second-round pick has only 562 regular season games to his credit and 136 playoff contests. His unique skill set allowed him to become the first Lightning player to reach 50 postseason goals when he tallied a goal in Game 3 of the Eastern Conference Final against the New York Rangers. He has also had to deal with some injuries during his time with the team, missing all of the 2021 regular season, but he was outstanding in the postseason after his return. Then in October 2021, he underwent surgery for a lower-body injury and missed almost two months. The challenge for him or any player who turns 30 years old is to stay healthy among injuries and increased playing time that comes with a deep playoff run.

Related: Steven Stamkos Should be in the Lady Byng & Messier Award Discussions

The loss of core, clutch players and some key pieces that will miss the start of the season due to injury will see the Lightning face big challenges in 2022-23. The burden will land on Stamkos and Kucherov to carry the load as they attempt to make their fourth consecutive appearance in the Stanley Cup Final.