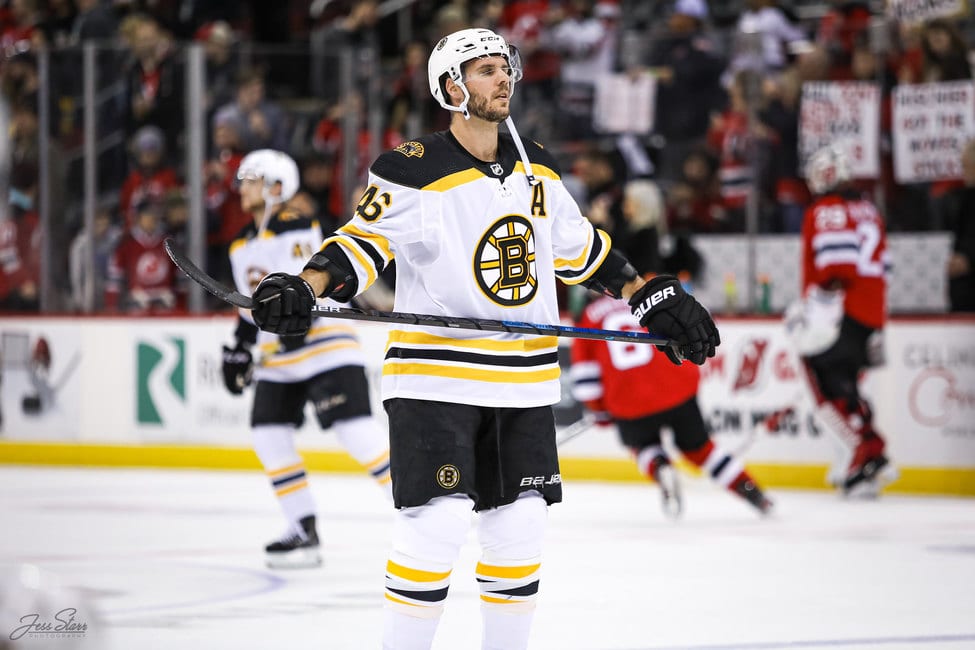 After a year away from the NHL, David Krejci is making a return to his former team that he left last offseason. Monday, Krejci agreed to a one-year free-agent contract to return to the Boston Bruins with an average annual value (AAV) of $1 million with an additional $2 million in performance-based incentives. The Bruins announced the deal just hours after announcing that captain Patrice Bergeron was returning for a 19th season wearing the spoked-B on a one-year contract.

After 15 years with the Bruins, Krejci left last summer to continue his career in the Czech Republic to be closer to his family. Now after a season away from the NHL, he returns for his 16th season with the Black and Gold under new coach Jim Montgomery.

At 36 years old, Krejci is still producing at a high level, as evident as his 2021-22 season for HC Olomouc in the Czech Extaliga. In 51 games, he had 20 goals and 26 assists, then had three goals and five points in the postseason. He will be motivated heading into the upcoming season, which is going to be big for Boston. They were never able to address his absence last season until Erik Haula played well in the second half of the season on the second line.

In 15 seasons with the Bruins, Krejci has 215 goals and 515 points in 962 games, averaging just under 18 minutes a night. In his last season of 2020-21, he had eight goals and 36 assists, but his offensive game that season took off when the Bruins acquired Taylor Hall from the Buffalo Sabres to put on his left wing. Krejci, Hall, and Craig Smith jelled right away and provided the Bruins with secondary scoring behind their top line. Drafted in the second round, 63rd overall in the 2004 Entry Draft, Krejci was a staple in the top-six for the Black and Gold with Patrice Bergeron for a decade and a half.

Despite there being a rotating door on his right wing over his last couple of seasons in Boston, Krejci still produced. He had consistency with Jake DeBrusk on his left wing before Hall came along and provided Krejci with a spark to have a strong finish to the season.

With Krejci and Bergeron signed there is still more work to be done for general manager (GM) Don Sweeney, albeit with limited cap space right now. Right now, the Bruins’ depth chart at center is Bergeron, Krejci, Pavel Zacha, Charlie Coyle, and Tomas Nosek. To make room on the roster. there needs to be some subtractions, most likely in a trade. With the two additions Monday, the Bruins have about $1.25 million remaining in cap space for the 2022-23 season.

Krejci is going to be extremely motivated in 2022-23 and that is good news for Montgomery. He is still competing at a high level and brings a ton of both regular season and postseason experience. Bringing back a top-six center is a move that will help the Bruins greatly this upcoming season. It’s not out of the question that you could see a Hall, Krejci, and David Pastrnak second-line by the Black and Gold’s first-year coach.