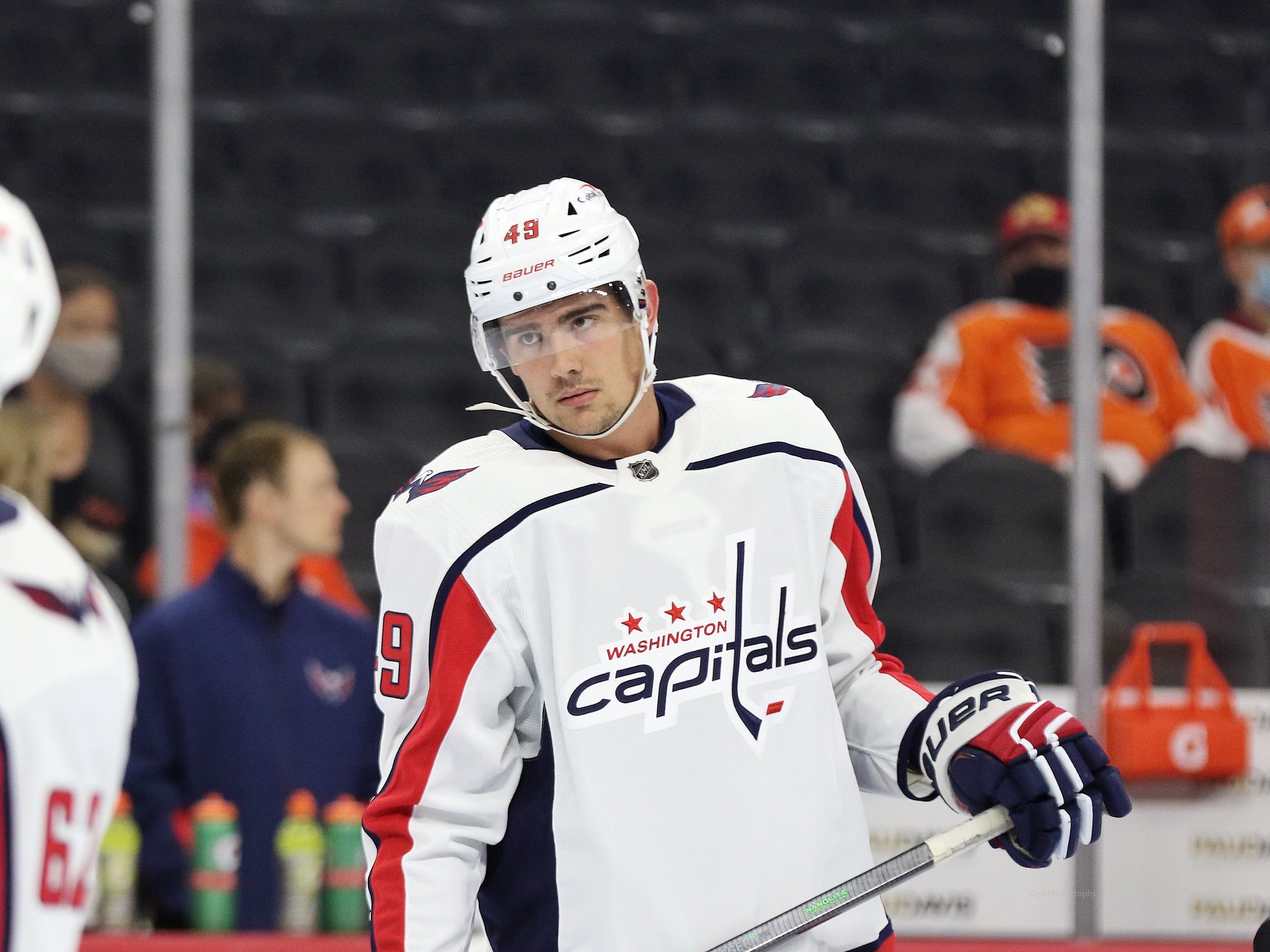 When the Washington Capitals won the Stanley Cup back in 2018, there were many fans concerned about how the future would look. The following offseason wasn’t ideal with the departures of Philipp Grubauer and Alex Chiasson, on top of losing head coach Barry Trotz to the New York Islanders. Those moves were just the beginning of what seemed to be a domino effect over the next few seasons, as they slowly began to lose piece after piece and never seemed to find the depth they had during their last run until now.

The Capitals have a mixture of players filling out their depth coming from trades, free agency pickups, and rookies developed through their system. I’ve always been a fan of drafting players and developing them through the minor league system. Connor McMichael is a prime example, as they took him late in the first round and didn’t rush his development, and now he has become a mainstay in the NHL lineup.

Fans around the league have been expecting a Capitals downfall for plenty of seasons, as most expect the team to not have what it takes to make the playoffs anymore, thus underrating the team’s depth. In today’s article, I’m going to cover who some of these new depth pieces are while giving a brief background on why they will be monumental pieces to the 2022-23 season for the Capitals, as well as where they came from.

Who Have the Capitals Lost Over the Last Couple of Seasons?

Andre Burakovsky was a surprising departure, as his two-way game shined through every shift, and he had a scoring touch utilized by the Capitals until he was traded to the Colorado Avalanche. They also traded Jakub Vrana to the Detroit Red Wings in a mind-boggling trade that brought them current Capitals forward Anthony Mantha. Chandler Stephenson signed with the Vegas Golden Knights in 2020, and they have also lost the likes of Devante Smith-Pelly, Brett Connolly, Braden Holtby, Madison Bowey, and Christian Djoos.

The Capitals brought in Todd Reirden as the head coach after Barry Trotz’s departure in 2018, but he was let go after only one season. Former Stanley Cup champion Peter Laviolette has been the team’s head coach since 2020.

The lack of depth has hurt the Capitals in the past and has been very apparent in recent seasons. Four straight first-round exits are not what any fan wants to see from their squad following their first Stanley Cup in franchise history. The small changes here and there have been enough to keep the team in the playoffs but never enough to get them another championship.

What’s Different with the Capitals Now?

The Capitals have seemingly gone all in on keeping their Stanley Cup window open. They traded for Connor Brown and only gave up a second-round pick, then signed Dylan Stromeand Henrik Borgstrom to fill some holes up front. Strome will be a top-six player with Nicklas Backstrom out of the lineup with an injury, and Brown will likely play there as well. Finally, Borgstrom will be in a bottom-six/13th forward role all season and will be the first go-to guy when there is an injury.

The Capitals’ tentative lineup going into the 2022-23 season:

The young guns have been fighting for a spot in the lineup and are ready to make an impact. McMichael is a guy I have been high on since the Capitals picked him up in the draft, as he has proven to be a trustworthy forward who can play at any position. The difference between this team and the ones in previous years is internal competition, as I always had a feeling that some of the players in the bottom six were too complacent.

Related: Capitals Will Be Just Fine Without Backstrom

Borgstrom and Brett Leason will likely fill out the 13th and 14th forward positions, while Alexander Alexeyev will be the seventh defensemen. Zach Fucale will be the third-string goaltender and start the year in the American Hockey League with the Hershey Bears.

The Edmonton Oilers, Tampa Bay Lightning, and Colorado Avalanche all follow a common trend. They have lots of depth everywhere in their lineup. The Capitals now have that, and I would argue they are among the deepest teams in the NHL, as they have one of, if not the best tentative lineup going into the 2022-23 season.

Are the Capitals a Contender?

The Capitals have done all the right things over the last couple of seasons to set them up for success. They filled the needs throughout their lineup and have a core group of players that want to win. I am a little worried about the goaltending due to injury history, but I don’t see any reason to panic. I would expect Lindgren to play 20, maybe 25 games this season, so as long as he can provide a solid showing between the pipes, there should be nothing to worry about.

The forward core remains one of the most dangerous offensive groups in the NHL, as the Capitals finished 10th in goals scored last season. Alex Ovechkin, Evgeny Kuznetsov, and T.J. Oshie will all score goals, and I expect them to put up a good amount of combined points in 2022-23 as well.

Defensively, the Capitals don’t have a reason to worry. John Carlson, Martin Fehervary, and Dmitry Orlov have been strong on the blue line for the past few seasons, as their play was one of many reasons the team has dominated in their division and has always finished near the top. In goal, I am confident that the tandem of Darcy Kuemper and Charlie Lindgren can get it done, and I trust Zach Fucale enough to play a few games and have a solid showing when called upon.

The Capitals are contenders. The depth they have brought in whether it be a trade, signing a free agent, or someone they drafted and developed will be an X-Factor for the team this upcoming season. The injuries being dealt with currently are big losses, but they have done a great job scouting, growing, and finding players that can help them win more hockey games. I haven’t been this confident since 2018 in their ability to make a deep playoff run, as they have a great coach, plenty of experience and no real weak spots on the roster. These combined should make for a fun season and a real shot at another Stanley Cup.

I have been a writer for a little over a year now, and currently still play Junior Hockey in Western Canada. I’m a huge fan of the Capitals and Oilers, and I run my own hockey news page on Instagram titled “TheMugNHL”

Writing has become a hobby, as I plan to pursue business in university while still trying to play hockey as I go.