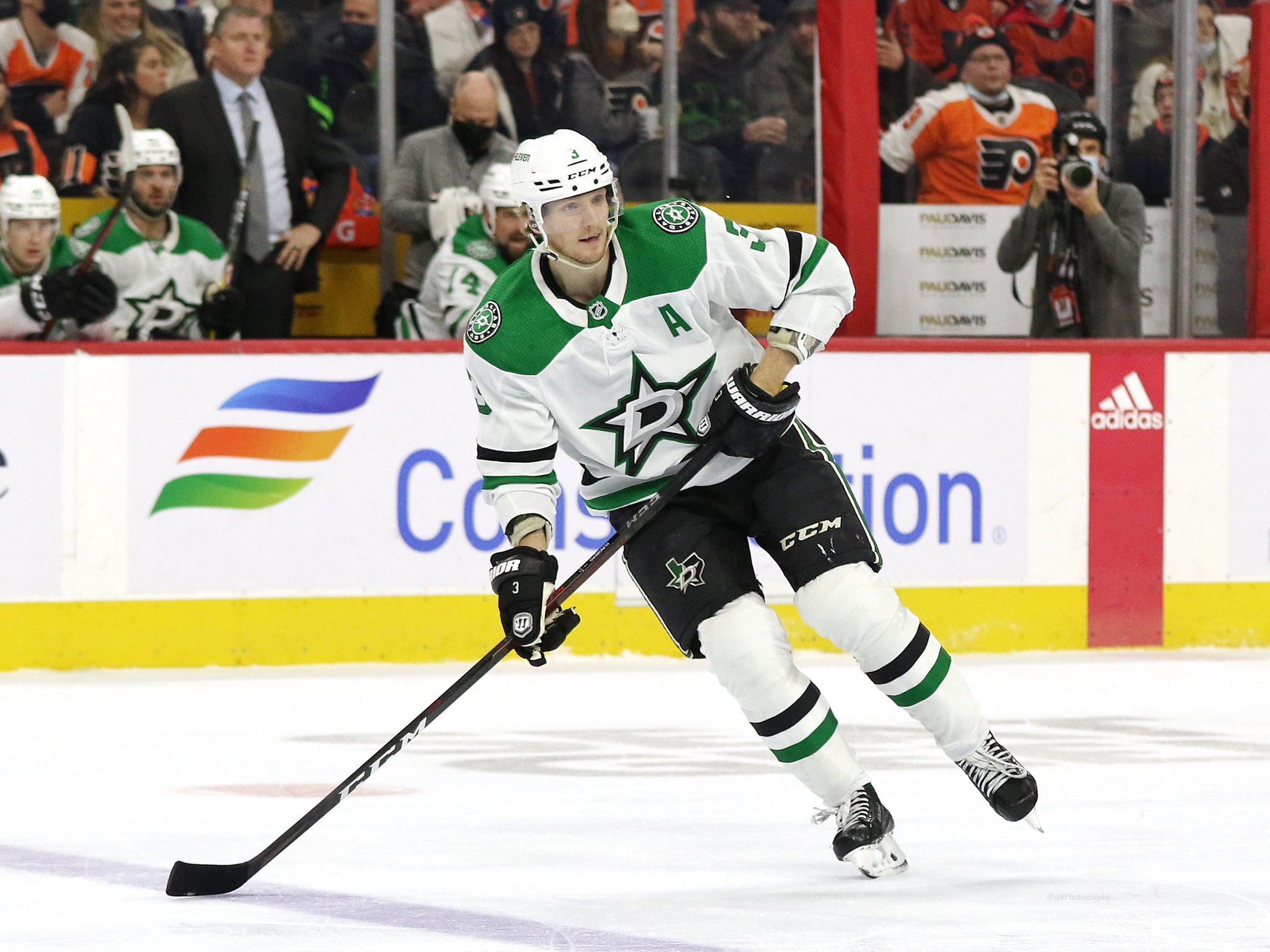 With all their restricted free agents signed and a few dips into the unrestricted free agent market, the Anaheim Ducks roster is beginning to take form. With enough skaters to fill a nightly lineup and less than seven weeks before training camp opens up, we can take an early look at what the Ducks might look like to start the 2022-23 season.

After exploring the potential forward groups, now we can look at defensive pairings. Recent moves have made the Ducks’ defense much more interesting than in recent seasons. Highly-touted free agent John Klingberg signed a one-year deal with Anaheim, bolstering the right side of the defense. The left side will be a continued work-in-progress, however. Cam Fowler is the only left defenseman with significant NHL experience, and that lack of experience will be magnified with offensively-minded partners like Klingberg, Jamie Drysdale, and Kevin Shattenkirk.

The July 29 signing of Klingberg gave Anaheim a bona fide number one defenseman for as long as he is in a Ducks’ sweater. That time may be fairly limited, as his deal was for only one year. With a logjam of potential playoff teams in the Pacific Division, it remains unlikely that the Ducks make the jump into the postseason this year, meaning Klingberg will be a tempting trade piece for a team nearing the trade deadline. Klingberg is an excellent passer and can operate as the lone defenseman on a primary power-play unit.

The biggest dilemma in building the Ducks’ defense is how to distribute the left-side defensemen. Cam Fowler is certainly the best option from a talent perspective and would make for an excellent compliment to Klingberg. However, chemistry is important to consider, especially with Jamie Drysdale continuing to develop at the NHL level. While Urho Vaakanainen may not be a true top-pairing defenseman at this point, pairing him and Drysdale together last season usually had disastrous results. Simon Benoit is also an option, but a promotion to the top pairing after spending most of last season on the bottom pairing seems unlikely.

As mentioned previously, Drysdale’s development is critical to the Ducks’ future, so his defensive partner should be carefully considered. Fowler is the most reliable two-way defenseman remaining on the roster, which will hopefully allow Drysdale to improve in an environment where he isn’t being hemmed in his own zone.

At age 30 and the franchise leader for most defensive categories, Cam Fowler emerges from the post-Ryan Getzlaf era as one of the de facto leaders of the team. At this stage in the Ducks’ rebuild, Fowler is the most reliable option to pair with Drysdale. Whatever pairing Klingberg is a part of will be the top pairing, but this is the most significant pairing for Anaheim’s future.

Rounding out the potential pairings is Simon Benoit and Kevin Shattenkirk. Benoit emerged as a solid bottom pairing option last season, getting the bulk of the starts over Josh Mahura and Jacob Larsson, both of whom have struggled at the NHL level in previous seasons. Benoit, 23, plays a physical game that more resembles the recently-departed Josh Manson than many of the offensive-oriented blueliners currently on the Ducks roster but will need to continue to grow into his 6-foot-3 frame

At age 33, Shattenkirk is still more than capable of filling the scoresheet. His 35 points last season is the highest mark he’s reached since he was a member of the St. Louis Blues back in 2016-17. His defense, however, has taken a step back since arriving in Anaheim, as shot metrics skew in favor of opposing teams when he’s on the ice. Limiting his minutes to a third pairing role should alleviate some of those issues, while also keeping him available for the second power-play unit.

With one of the deeper prospect pools in the NHL, there’s plenty of talent that can play their way into the Duck’s lineup with a solid showing at camp. One of the top prospects in the system is 18-year-old Olen Zellweger. Zellweger torched the Western Hockey League last season en route to being named the Western Hockey League’s (WHL) Defenseman of the Year. While he might be a year or two away from being a full-time NHL player, a good camp may persuade the Ducks to keep him around for the start of the season before sending him back down, something they’ve done as recently as last season with Mason McTavish. Another prospect that can make the jump is Drew Helleson. Helleson was part of the return that saw Manson sent to the Colorado Avalanche at the trade deadline. Most recently, Helleson finished his college hockey career at Boston College and joined the San Diego Gulls of the American Hockey League.

One final interesting option on the left side is the recently-signed Olli Juolevi. Injuries have plagued the development of Juolevi, the fifth overall pick in the 2016 Entry Draft. He’s a bit of a reclamation project for the Ducks, but it’s a reasonable gamble. At worst, he provides depth as a seventh defenseman in the NHL or as a veteran on the Gulls. But if he does work out, the Ducks have another viable option on the left side to pair with Klingberg at the top of the lineup.

I was born and raised in Mission Viejo, California, and currently live in Visalia, California. Graduated from CSUF in 2016 with a B.A. in Cinema and Television Arts. I’ve been a sports fan for my entire life, rooting for the Anaheim Ducks, Los Angeles Angels, Los Angeles Rams and Miami Heat. In my free time, I enjoy playing video games, trying to pour a perfect cup of coffee, and testing out a local craft beer.