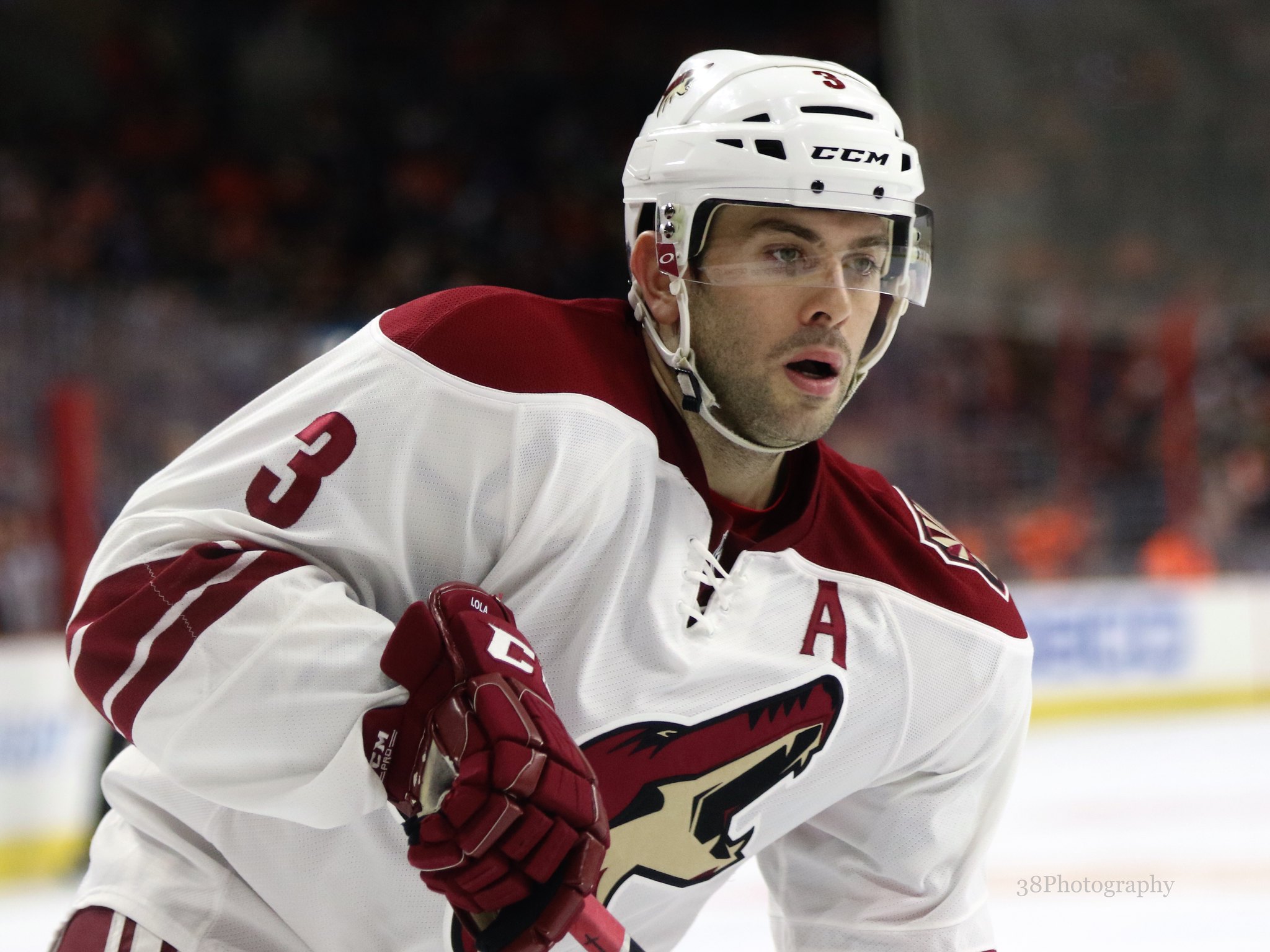 Free agent defenseman Keith Yandle is hoping for an opportunity to bounce back from a very rough 2021-22 season. In 77 games, he had one goal, 18 assists, and a league-worst minus-47 rating. Although it was a campaign to forget for the veteran defenseman, don’t rule out the possibility of him finding a new home for this season. He has had a successful NHL career, and his offensive ability could be enough to get him signed. Here’s a look at three teams that would be good landing spots for him.

How cool would it be to see Yandle return to the Arizona Coyotes? The 35-year-old not only spent his first nine NHL seasons in the desert but also played the best hockey of his career there. In 558 games with Arizona, he scored 65 goals and ran impressive 311 points. Although he wouldn’t be expected to be their top defenseman anymore, he could be a solid addition as the team rebuilds.

On the Coyotes roster, Yandle would have a guaranteed spot in the top six and on the power play. Truthfully, they do not have a particularly impressive group, so there would be no risk in signing the Boston native. The team also has over $20 million of cap space, so they would have zero trouble signing Yandle to a league-minimum contract, too.

Given how poorly things have been going for the organization as a whole, it would be nice to see them bring back a former fan favorite. Yandle could be a solid mentor for the team’s younger players and provide them with a bit more offense from the point. Perhaps being back in a familiar location could help him regroup from his disastrous 2021-22 campaign.

After letting several players leave this summer, the Chicago Blackhawks have many holes to fill in their lineup, and it would be wise for them to bring in a bit more depth on defense, and Yandle could provide just that. However, given their defensive group, Yandle could be utilized on their bottom pair.

Although the Blackhawks are rebuilding, they haven’t been afraid to spend money in free agency this offseason. They notably signed forwards Andreas Athanasiou, Max Domi, and Colin Blackwell. General manager (GM) Kyle Davidson may not be done, either, as he still has over $10 million to work with. So, it could make sense to add a veteran like Yandle to their blue line.

If Yandle were to sign a cheap one-year deal with the Blackhawks, he would become a leader in their locker room, and he would become a steal of a signing if he can bounce back in 2022-23. The Blackhawks are expected to be sellers at the 2023 Trade Deadline, so he could also become a valuable rental candidate if he puts together a strong campaign.

Would a reunion between the New York Rangers and Yandle make sense? The Rangers moved fellow veteran defenseman Patrik Nemeth to the Coyotes in a much-needed salary dump this offseason, but it wouldn’t be a bad thing for them to add a bit more depth to the left side of their defense. This is especially true if GM Chris Drury does not think that Zac Jones, Libor Hajek, and Nils Lundkvist are ready for full-time NHL roles. In this situation, signing Yandle could make sense.

Unlike most contenders, the Rangers have available cap space. Sure, they have just over $1 million to work with, but that’s more than enough to ink Yandle. With how often injuries occur, it wouldn’t be bad for the Rangers to have Yandle even as a seventh defenseman since he put together pretty strong numbers during his stint with the club. In 103 games, he had seven goals and 51 assists. Perhaps his past success in a high-pressure market could be enough for Drury to give Yandle a chance. Ultimately, it would be a low-risk, high-reward type of signing.

Hopefully, Yandle ends up signing with one of these teams before the start of the 2022-23 season. Although he struggled mightily last year with the Philadelphia Flyers, his past success and strong offensive ability could be enough for a club to take a chance on him. I’ll be rooting for him to find a new home.

Michael DeRosa is a contributor who covers the Boston Bruins and Chicago Blackhawks for The Hockey Writers. Since 2017, he’s written and edited for numerous websites. Besides his work for THW, you can also find him on NHLTradeRumors.me, BBallRumors.com, BaseballRumors.me, FootballRumors.me and The Rat Trick.