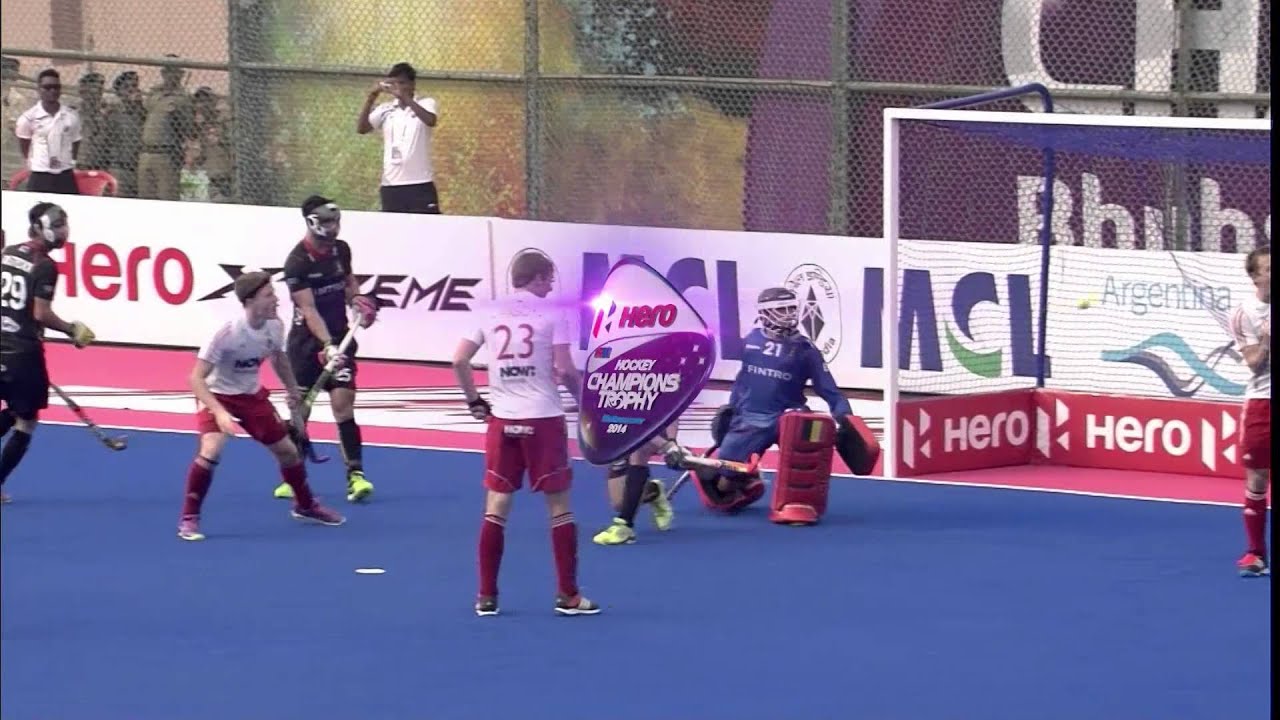 Videos
The second match on Day 3 of the Men’s Hero Hockey Champions Trophy in Bhubaneswar saw England and Belgium play out a 1-1 draw in Pool A.

Belgium took the lead inside the opening ten minutes when Amaury Keusters hit a low reverse shot into the corner past George Pinner.

England had a great opportunity to level right before half time when they were awarded a penalty stroke after Sam Ward was fouled during a penalty corner but Iain Lewers sent his shot crashing off the crossbar and it remained 0-1 at the break.

Gauthier Boccard thought he had doubled Belgiums lead in the 3rd quarter but instead saw his shot rebound of the same crossbar that had denied Iain Lewers earlier on.

Lewers however redeemded himself at the start of the final quarter sending the ball into the bottom corner with a well executed shot as England claimed top spot in Pool A.

“Welcome to the FIH YouTube Channel where you can watch all the amazing skills, fearless keepers and incredible goals. Subscribe here – http://bit.ly/12FcKAW

With master class videos and behind the scenes access you can get to know the star players from around the globe as they compete in the Hockey World League, World Cup and Champions Trophy.